Trump Says He Regrets Picking Jeff Sessions For AG: ‘So Many Lives Ruined’ 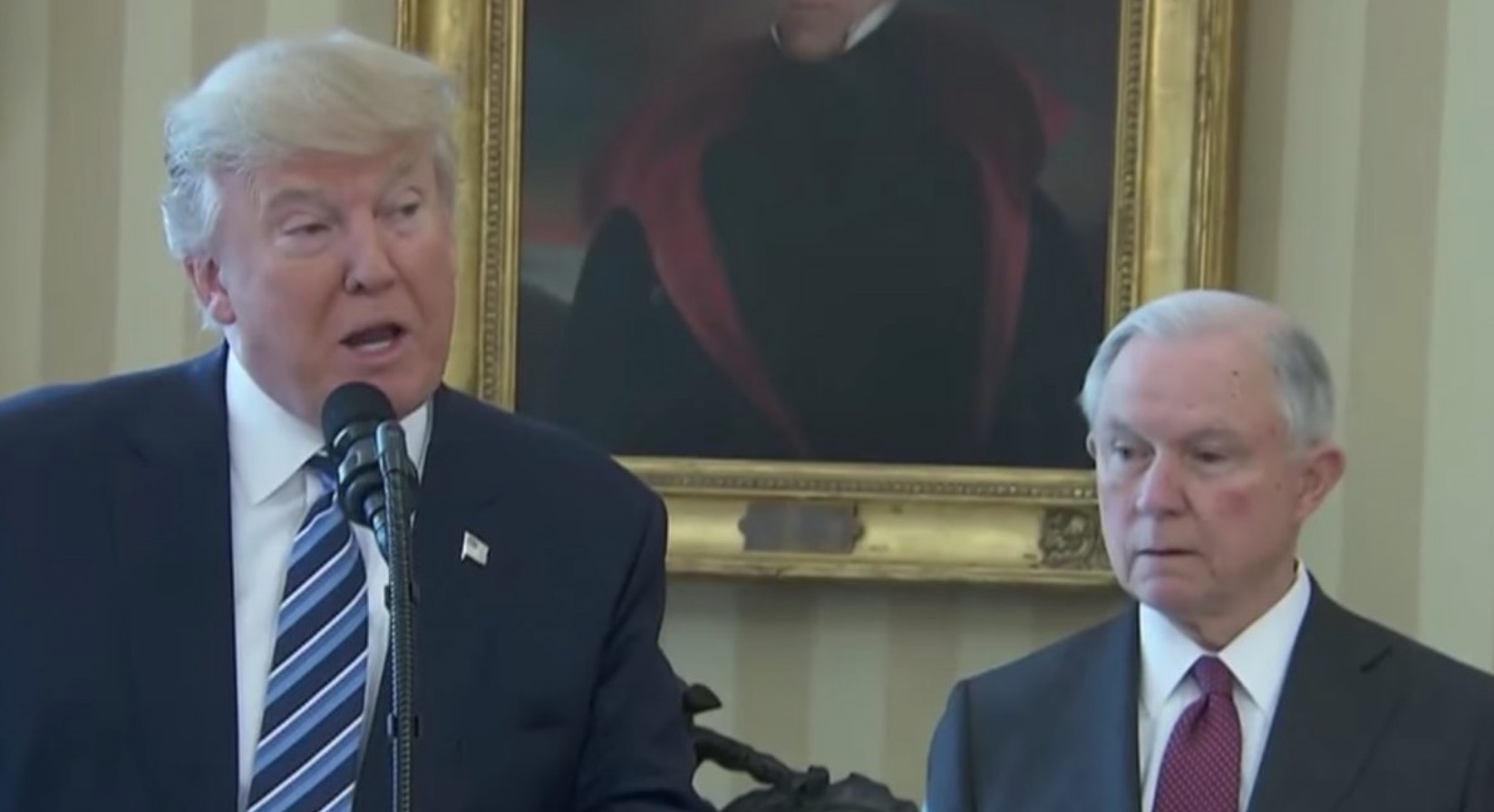 The president has started his morning Twitter proclamations, having undermined trust in the Inspector General, talked about his disinviting of the Philadelphia Eagles, and alluded to his upcoming summit with North Korea. Trump also bashed Jeff Sessions by blaming him for the Robert Mueller‘s special counsel investigation on Russia.

The Russian Witch Hunt Hoax continues, all because Jeff Sessions didn’t tell me he was going to recuse himself…I would have quickly picked someone else. So much time and money wasted, so many lives ruined…and Sessions knew better than most that there was No Collusion!

Trump’s anger towards Sessions is hardly new, but this is the second time in a week where he blasted his AG by saying he would’ve never given him the job if he knew Sessions would recuse himself over Russia. Interestingly, Trump’s attorney, Rudy Giuliani, recently went against his client by saying he could understand the reasons why Sessions chose to step aside on the Russia matter.