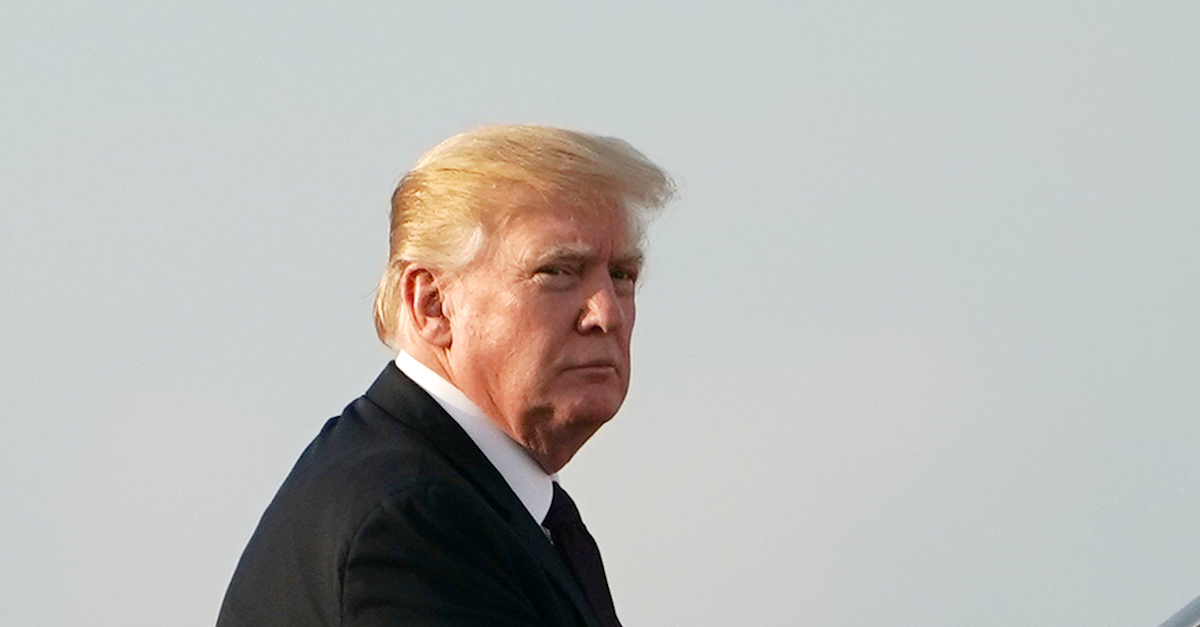 The White House is threatening to veto four spending bills which were passed by the House — saying that President Donald Trump will not sign the legislation without “a broader agreement to address the border crisis.”

The threat was made in a letter issued by the Office of Mangement and Budget (OMB). In the correspondence (which can be seen in full below via USA Today’s Gregory Korte), the White House suggested strongly (and by strongly we mean that the text was underlined) that the legislation will not be signed without an agreement on border security.

“If [the bills] are presented to the President, his advisors would recommend that he veto [them],” the letter reads.

NEW: White House has just issued a veto threat on standalone spending bills. “Moving these four bills without a broader agreement to solve the border crisis is unacceptable.” pic.twitter.com/OFp5czSlwX

Just left a meeting with Chuck and Nancy, a total waste of time. I asked what is going to happen in 30 days if I quickly open things up, are you going to approve Border Security which includes a Wall or Steel Barrier? Nancy said, NO. I said bye-bye, nothing else works!