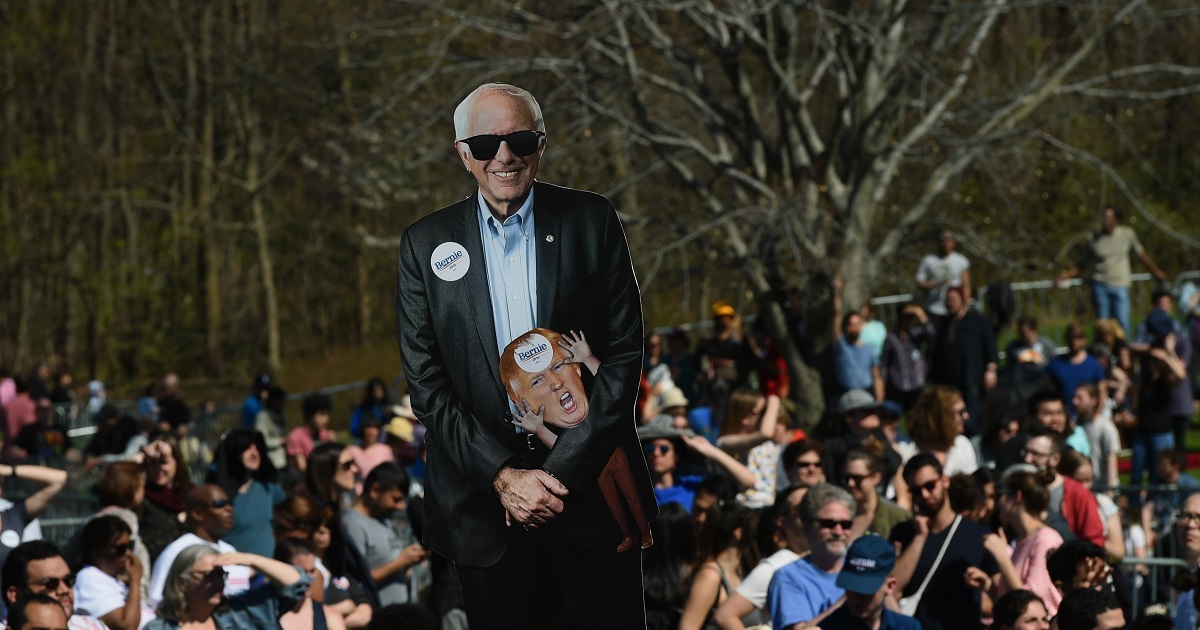 Independent Vermont Senator and Democratic presidential still-candidate Bernie Sanders has recently made it clear that he sees a political opportunity in the coronavirus pandemic, an opportunity that will do nothing but increase the chances that Donald Trump will be reelected.

Former Vice President Joe Biden absolutely crushed Sanders in the last several rounds of primaries, and currently holds a twenty-point national lead in polls. Biden could lose every remaining primary election by as many as six points and still come away with the majority of delegates required to win the nomination.

After Super Tuesday 2, it looked like Sanders might have been ready to wake up and smell the coffee. He went around saying he would “assess” his campaign and concentrate on the Covid-19 outbreak.

As time wore on, Sanders began to talk about how the pandemic had changed the campaign, and at first, it seemed like a play to agitate for his policies to be folded into Biden’s campaign to the degree possible. Biden began reaching out to Sanders’ supporters the night he scored those last decisive wins, and has already made several progressive adjustments to his policy proposals.

Even when Sanders told Anderson Cooper that he still wants to debate Biden in April, it was possible to believe that Sanders still mainly just wanted to advocate for his policies and ideas to be included in, as he put it, a “conversation” about the systemic issues illustrated by the coronavirus crisis.

From an electoral standpoint, there is no real conversation to be had. Biden and Sanders had that conversation at the last debate, at length, and the voters overwhelmingly chose Biden — and still are choosing Biden. But a person inclined to think favorably of Sanders could see some utility in trying to pull Biden a little more to the left, if they chose to ignore the consequences of extending the primary.

But Sanders has now essentially admitted that he sees the coronavirus pandemic as an opportunity to potentially catapult himself to victory over Biden.

In an interview with NPR, Sanders went a bit further than he did with Cooper, repeating his desire to promote his ideas and again observing that the cancellations of upcoming primaries had changed things, but also saying “it’s going to be a very steep road” to defeat Biden.

As ill-advised as extending the campaign long enough for one more debate in April would be, there’s no mistaking Sanders’ intentions in continuing through another round of primaries that aren’t likely to take place until June. This isn’t about some pageant of ideas, it’s about Sanders deluding himself into thinking his online variety shows and rants about “the system” are going to suddenly turn the tide and propel him to victory against Joe Biden.

Like I said before, Biden has a big enough lead to lose every remaining primary and still carry the nomination, but there is every indication that Biden will, in fact, stomp Bernie’s guts out. Biden continues the focus on crisis management that propelled him to victory over Sanders at that last debate, and Sanders continues to make the systemic critiques that make for great viral videos and neat suggestions for other leaders to consider.

But he’ll be stomping Sanders’ guts out in June, weeks before the Democratic convention, which means even if Bernie finally does feel the fork that’s already been stuck in him, his supporters will have had months more to smear Biden and barricade themselves in their Bernie-or-Bust bunkers.

And continuing this campaign will come at the cost of months of unified campaigning to bring as many of Sanders’ supporters into the fold as possible, and to unseat Trump. That’s the lesser of the two costs, as Biden has basically been proceeding as though he’s only running against Trump, while being as gracious as possible to Sanders and his supporters.

The irony is that the coronavirus crisis has provided Bernie with a standout moment that shows where he really belongs. His scorching floor speech on the first coronavirus aid package was exactly the sort of advocacy that Sanders was built for, and had a much greater impact than all of his virtual campaign events put together.

Another sad irony is that not only can this only hurt Biden, it will definitely hurt Sanders. The former VP is walking a fine line these days, presenting a model of crisis management lacking in the current response for the broad public while managing Democratic constituencies he needs to turn out for him in November. Sanders has been a scant distraction thus far.

But if Bernie wants to force the issue, Biden is more than capable of defeating him in another debate. Yes, Sanders’ systemic critique resonates with many Americans, but the last debate showed that voters prefer Biden to lead in a moment like this. More than that, though, the bloodbath he will inflict on Sanders when primaries resume will be truly humiliating.

If the object is to unseat Trump, then Biden is correct when he says “We’ve had enough debates” and “we should get on with this,” but if the object is to weaken the presumptive nominee just so Bernie Sanders can feed the delusions of his supporters, and they his, then having Bernie hang around until June is just what the doctor ordered. But it also serves only to help Trump.