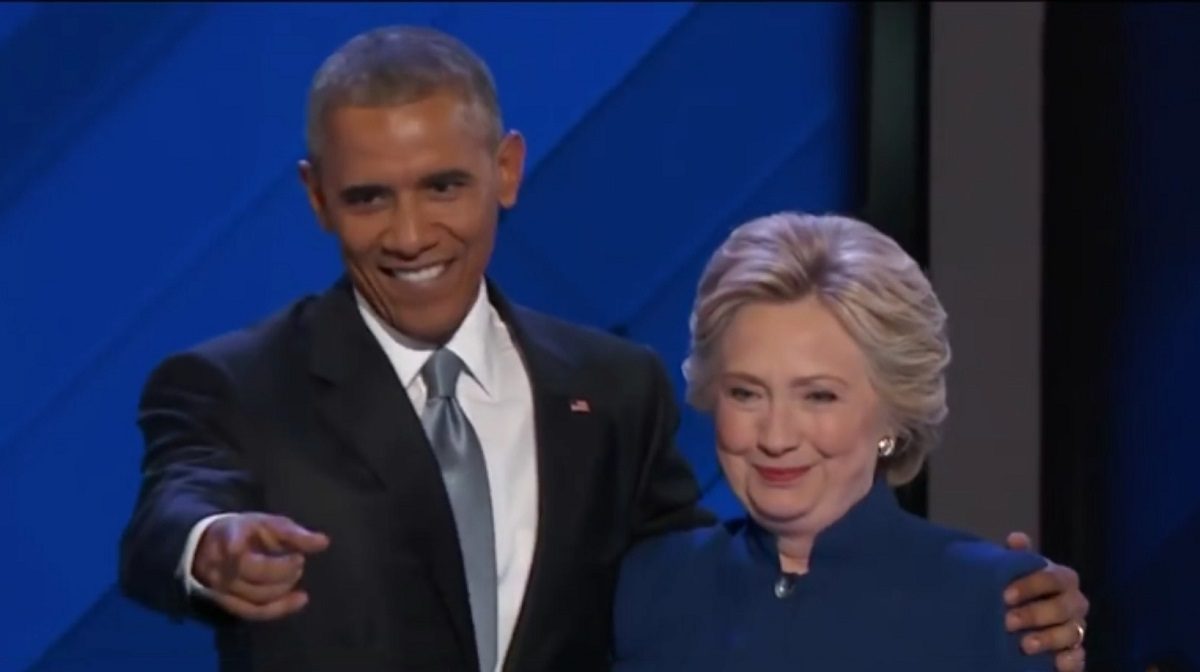 Conservatives like former Speaker of the House Newt Gingrich and Fox News personality Brit Hume are up in arms over the stupidest culture-war outrage since all of them. They’re attacking former Secretary of State Hillary Clinton and former President Barack Obama for identifying people worshipping at Easter services as “Easter worshippers.”

It all started when Clinton and Obama tweeted their condolences for the series of Easter bombings in Sri Lanka that left hundreds dead. Here are their monstrous tweets:

The attacks on tourists and Easter worshippers in Sri Lanka are an attack on humanity. On a day devoted to love, redemption, and renewal, we pray for the victims and stand with the people of Sri Lanka.

On this holy weekend for many faiths, we must stand united against hatred and violence. I’m praying for everyone affected by today’s horrific attacks on Easter worshippers and travelers in Sri Lanka.

Keep in mind that these sentiments were expressed hours after Donald Trump tweeted that “at least 138 million” were killed in the attacks, and failed to identify the victims as “Christians.” This becomes important, apparently.

Over the ensuing hours, a conservative backlash formed around the premise that Obama and Clinton were horrible bigots for saying “Easter worshippers” and not “Christians.” There are literally too many of these to count, so here are the most prominent and/or ridiculous examples.

People who don’t want to say “Christians,” that’s who. pic.twitter.com/Z4VzXvxXFD

Actually, you know who else says “Easter worshippers?” I mean, besides this news article on Breitbart.com? The conservative Washington Times:

But you know who else slammed Clinton and Obama as “anti-Christian” for saying “Easter worshippers?” Yes, The Washington Times:

More prominently, there was Hume:

CNN’s Chris Cuomo called Hume out without using the word “racist,” which could be the next thing Twitter gets mad about:

this “Obama is not one of us” code never gets old for some. https://t.co/fgOcTwyOo3

Gingrich combined stupid with conspiracy theory. It’s all part of The Plan:

How do President Obama and Secretary Clinton both come up with Easter worshippers in their tweets about the murders in Sri Lanka? To have both of them use the same term the same day is strange. Is Easter Worshipper the left’s new way to avoid the word Christian? Pathetic

People from other conservative media outlets joined in, like dude from TheBlaze dot com:

A terror attack on Churches on Easter Sunday is indeed an attack on Christians. That much should be obvious.

There’s nothing wrong with telling the truth.

Stupid Twitter Official Headquarters Twitchy rounded up some of the dumbassery while accusing Obama and Clinton of “GROSS bigotry”:

Diamond and Silk had thoughts:

The controversy was even too stupid for Erick Erickson, who can’t even think of two different names for himself:

Via @ewerickson: “This is a silly controversy. Conservatives exhaust themselves pointing out how frequently progressives get outraged over minor things on social media and now are doing it themselves.” https://t.co/GleI435D88

Here is the term “Easter worshippers” used in a church pamphlet.

Lots of outrage-mining over a such a normal, uncontroversial term. pic.twitter.com/z5aQ7nS5Dw

As of this writing, and subject to change at any moment, Fox News has not waded into this controversy — which should tell you everything you need to know about how very, very stupid it is.

Update: My bad, this actually isn’t too stupid for Fox News. On Monday morning’s Fox & Friends, co-host Ainsley Earhardt asked White House counselor Kellyanne Conway about the tweets, and whether she “read into any of that.”

Conway replied “You’d have to ask them,” then went into an extended riff about Hillary Clinton not smearing Muslims in her convention speech. Earhardt failed to notice that at no point during their six-minute interview did Conway utter the word “Christians.”