With Their Reaction to Bill Barr’s Deception, ‘Conservative’ Media Has Fallen From State-Run to Lobotomized
Opinion

With Their Reaction to Bill Barr’s Deception, ‘Conservative’ Media Has Fallen From State-Run to Lobotomized 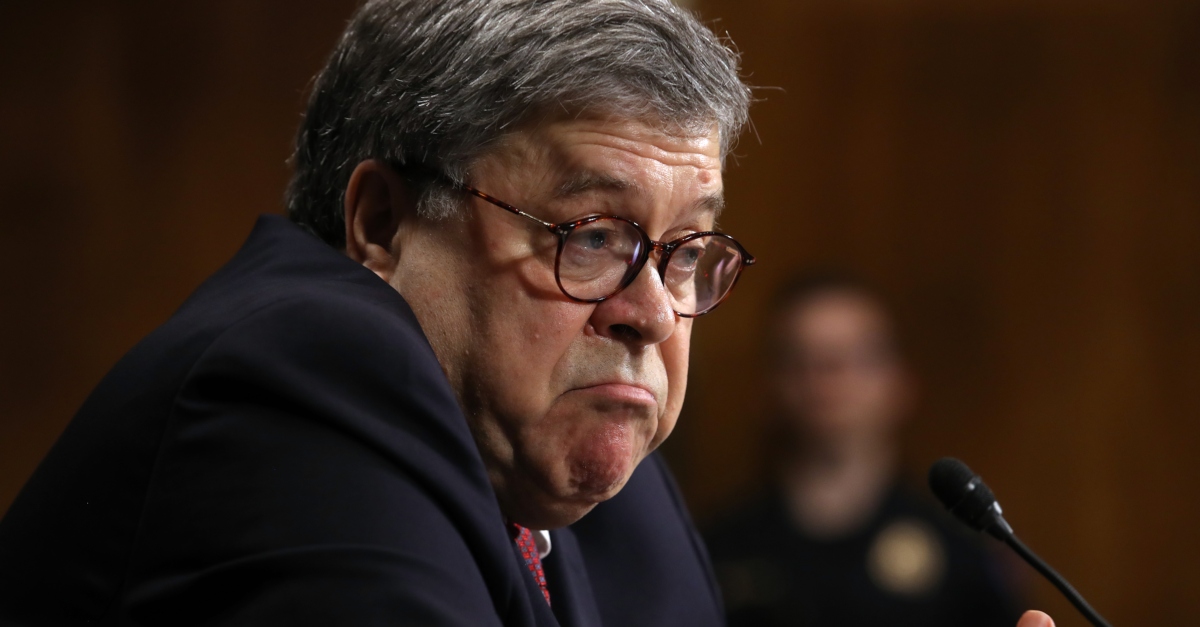 Here is a super-short history of the evolution of the relationship between the most respectable elements of the so-called conservative media and Donald Trump: Amusement, Ratings-whoring, Hand-wringing, Capitulation, Rationalization, Acceptance, Fake Enthusiasm, Obedience, and Protection. At least until very recently, very few people in this group (to be clear, it does not include the Sean Hannitys of the world) really truly believed what they were saying, and instead were mostly just acting because they knew that if they didn’t, Trump’s “Cult 45” audience would abandon them.

That premise has now seemed to shift with their near universal justification of the egregious actions of Attorney General Bill Barr in regard to the Mueller report. Barr, who has acted exactly as if he thinks his job is that of a PR hack paid personally by President Trump, has been nearly immune from criticism from the vast majority of the conservative media industrial complex, with the few exceptions proving the rule.

The really scary part of this most recent act of enabling the type of corruption that would have caused a conservative earthquake if ever even contemplated by Democratic president, is that it genuinely seems like most of these “conservative” hypocrites have become so brain-washed that they appear to sincerely believe what they currently selling. Because the case against Barr is so clear-cut, and this isn’t 100% about Trump himself, this issue really is a telling litmus test for who has forever lost all credibility as a conservative.

In my view, the facts are clear that Barr purposely misled the American people, likely committed perjury, and used the power of his office to actively diffuse for his boss the devastating results of one of the most significant investigations in our nation’s history.  That kind of disgraceful and dangerous behavior used to matter to conservatives in the media, but there is very little evidence that is still the case.

The opinion hosts at Fox News have been nearly universal in their acceptance and defense of Barr’s behavior. When two Fox personalities, anchor Chris Wallace and analyst Andrew Napolitano dared to commit blasphemy by holding Barr to the same standard that they would if he was blocking a Democratic president from a scandal, they were immediately attacked like Mitt Romney was when he simply admitted the reality that the Mueller report makes Trump look truly bad.

Wallace stirred the extreme ire of Laura Ingraham, Tucker Carlson, and Mark Levin, all of whom would have surely been beyond outraged at Barr if he was of a different political tribe. While, in an act so egregiously wrong that it would cause any other president to be forced, by his own party, to apologize for it, Trump himself retweeted a call for Napolitano to be taken off the air entirely.

Most hilariously, Fox News even brought out Ken Starr, the man who zealously and openly pursued Bill Clinton’s impeachment, who claims to be an admirer of Robert Mueller, to — get this — rip Mueller for having the gall to write a letter telling Barr that he had mischaracterized his report; a report that was far more legally generous to Trump than Starr’s was to Clinton. Starr’s inevitable whoring of himself out to discredit Mueller on behalf of the Fox News audience from which he now craves approval is exactly why I confronted him during an event at the Ronald Reagan Library last fall.

But it hasn’t just been Fox News that has been helping Barr get away with all of this. Even conservative commentators like Ben Shapiro, Rich Lowry, and David French, who are normally still at least somewhat principled, thoughtful and, to varying degrees, less sycophantic to Trump than the average conservative media sellout, have all rationalized that the Barr scandal is really much ado about very little.

This is where rot has clearly made it all the way to the core of the minds of these conservatives. What Barr did was not just overtly immoral (conservatives used to take misleading the public and perjury very seriously, just ask Bill Clinton), but it was also extremely impactful.

Had Barr been a remotely honest and fair arbiter here, the public perception of the Mueller report would be vastly different, especially among non-cult member conservatives, than it is today and, consequently, far more malleable voters would have actually read the report. It is obvious that Barr’s entire strategy here, reminiscent of my old Catholic priests who advised against reading the Bible without the proper supervision, was to make sure that Trump supporters don’t read the report, at least not without the guidance of someone like Sen. Lindsey Graham (who himself hasn’t read the full report!).

By setting a false media narrative for three weeks before most of the report was finally released, Barr, quite successfully, gave permission to every Trump supporter to not bother spending the time and effort to read such a long and involved document, and instead just take the state-run media’s word for how much it really “exonerates” the most awesome president of our lifetimes. Once that narrative was fixed in stone, it also paralyzed the still semi-conscious elements of the “conservative” media by removing any cover for them to take a position which would now be seen by the cult as having gone rogue.

In short, had Barr acted like an attorney general should, the chances of Trump being impeached would be significantly higher than they currently. Of course, on the downside for Trump, in doing so Barr has also ramped up anticipation and interest in Mueller’s coming congressional testimony to extraordinary levels.

Gee, if the Mueller report “exonerates” Trump, I wonder why the president doesn’t want Mueller himself to testify?