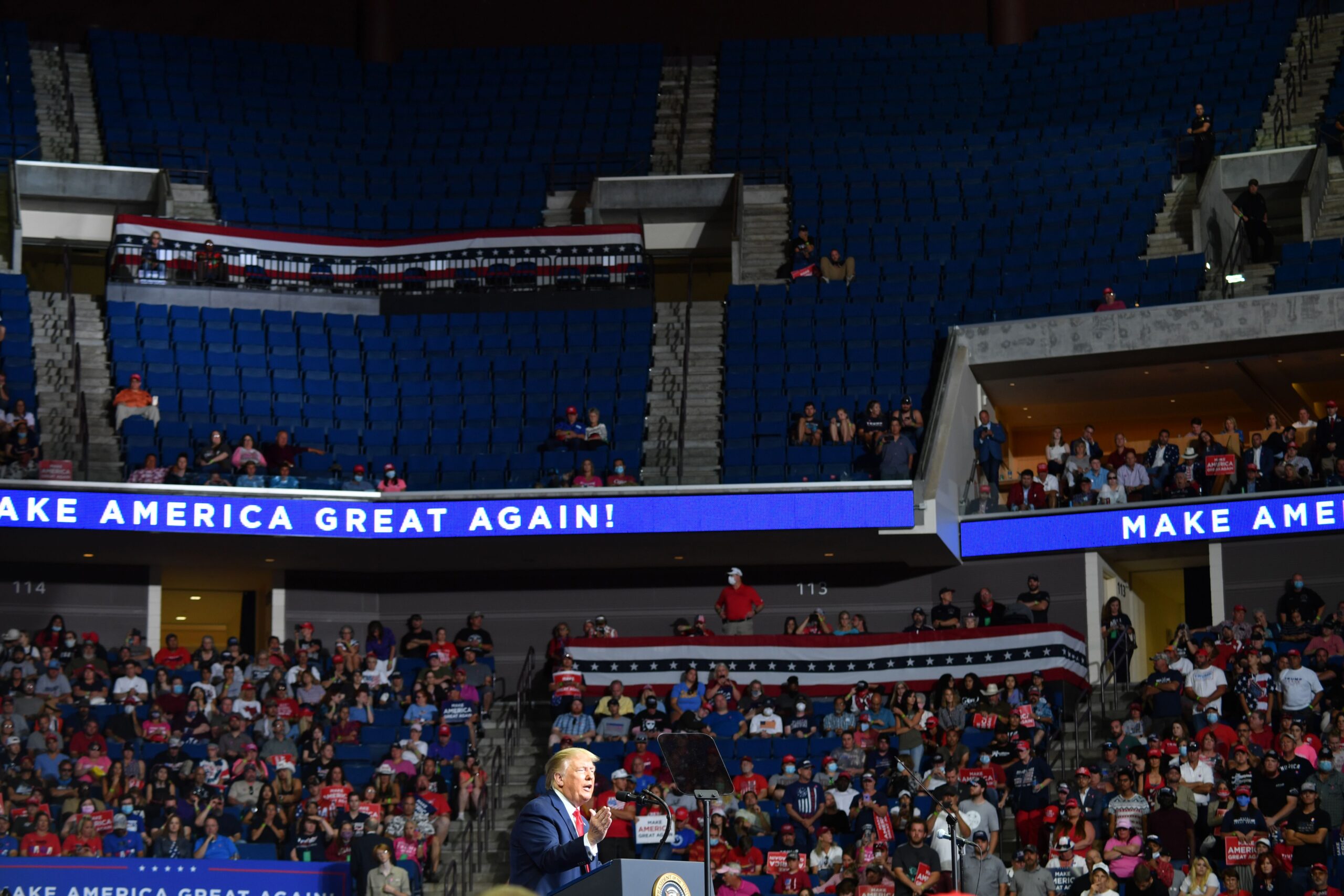 Even though parts of the BOK Center in Tulsa remained empty for President Donald Trump’s first rally since the pandemic, a record number of people tuned into Fox News’ coverage of the event.

The network had its most Saturday viewers in its history during the prime time slot and landed over 7.6 million viewers between 8 p.m. and 10 p.m. EST., according to data from Nielsen. CNN (2.2 million) and MSNBC (1.9 million) both hovered around two million viewers during the time slot. Over 1.5 million of Fox’s viewers landed in the advertiser-coveted demographic of adults aged 25 to 54.

The network’s coverage of the rally was the most-watched event of the weekend — on cable and broadcast.

The 6.65 million viewers between 8 p.m. and 11 p.m. ET. are the highest Saturday numbers in Fox’s history. The speech, which the network carried in full, also netted 1.4 million in the younger 25 to 54 age group. At 9 p.m., the network peaked with an average of 8.2 million viewers on Saturday.

Fox and CNN have seen surging viewership over the last couple of months. Fox’s weekday prime time shows averaged close to four million viewers a night, with Hannity taking the top spot as the most-watched cable news show in May 2020, averaging 4.23 million overall, which was closely followed by Tucker Carlson Tonight with 4.19 million viewers per night. Fox also continued last month as the most-watched news network.

There’s speculation on how many people have attended the rally. The Tulsa Fire Marshall reportedly said there was 6,200 people in attendance, a stark contrast from predictions from Trump and members of his campaign team. An outside overflow area event was cancelled before Trump spoke and the campaign sent out a text an hour before begging people to come.

Even though people didn’t show up, they still wanted to hear what Trump had to say on Fox.