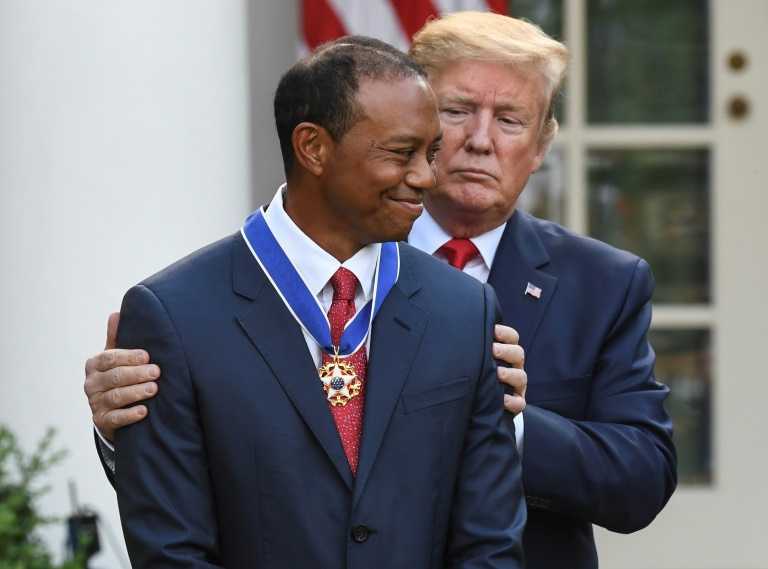 President Donald Trump sent out his praise to “AMAZING CHAMPION” Tiger Woods in the wake of the golfer’s 82nd PGA Tour win.

Trump and Woods have a warm relationship, and the president awarded Woods the Presidential Medal of Freedom earlier this year.

“You have seen the good and the bad, the highs and the lows and I would not be in this position without all of your help… I love you guys so much,” Woods said in his speech, thanking friends and family.