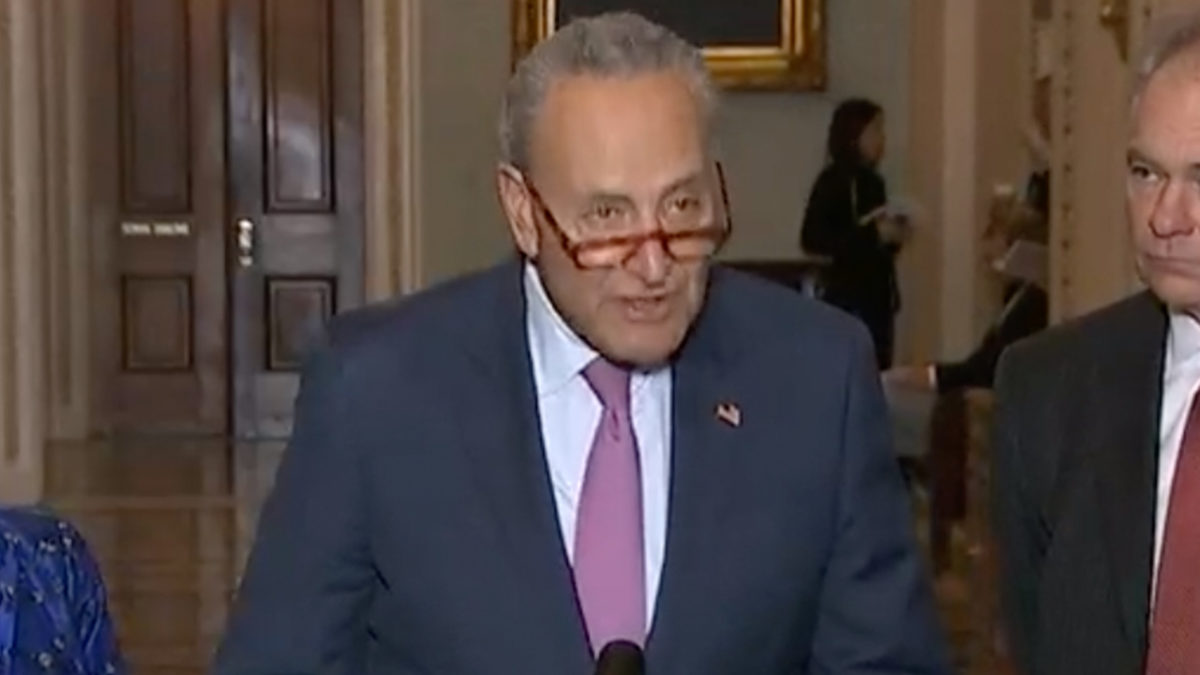 In addition to, well, everything else going on, Congress also has to deal with passing spending legislation to keep the government open before Nov. 21.

There’s been some question of how the impeachment inquiry would affect this. And now Senate Minority Leader Chuck Schumer is expressing concern about how President Donald Trump himself will react:

“I believe, left to our own devices, Congress would work out an agreement to quickly fund the government. But I’m increasingly worried that President Trump may want to shut down the government again because of impeachment. An impeachment inquiry.”

“He always likes to create diversions,’ Schumer added. “I hope and pray he won’t want to cause another shutdown ’cause it might be a diversion away from impeachment.”