Jonathan Turley in Washington Post: Trump Has Been Impeached 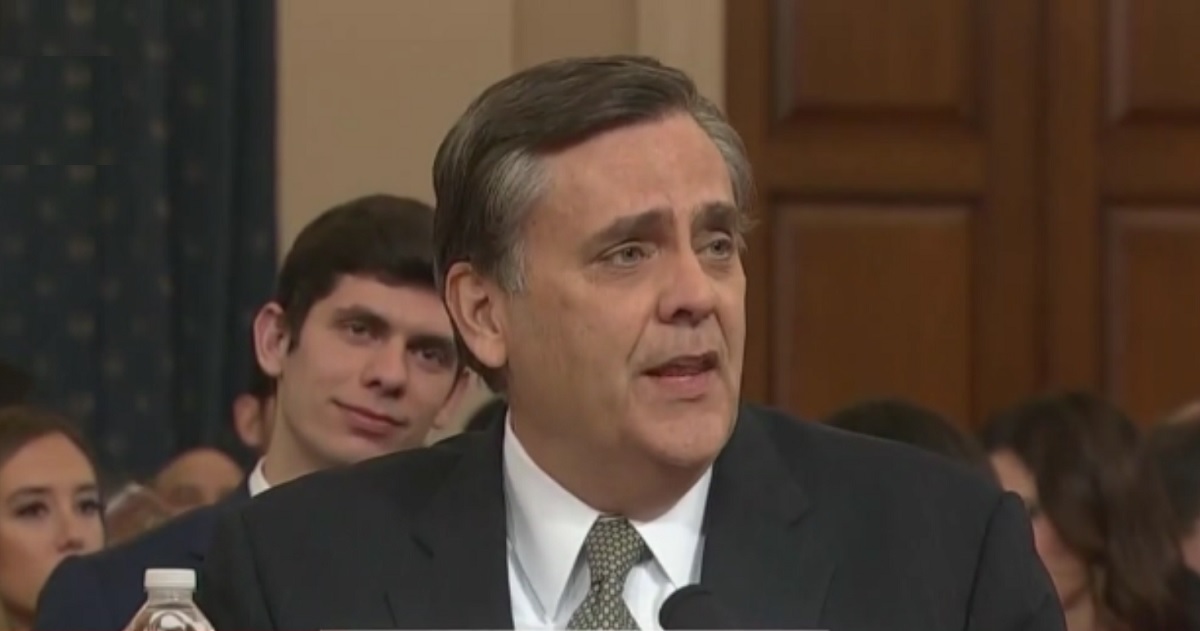 A Constitutional law scholar who testified on behalf of Republicans during the House impeachment hearings of President Donald Trump now has a message for those members of the GOP claiming that the commander-in-chief has not yet actually been impeached: Give it up.

In a column published by the Washington Post, George Washington University Law professor Jonathan Turley argued that despite the fact House Speaker Nancy Pelosi (D-CA) has not delivered the two articles of impeachment to Senate Majority Leader Mitch McConnell (R-KY), Trump is already down in the record books as having been impeached by the House.

“It’s unclear what Pelosi and McConnell may do in their game of constitutional chicken between now and when the House reconvenes in January, but one thing is clear: Trump was impeached,” Turley wrote.

The scholar cited the Federalist papers and the Constitution to support his thesis that impeachment and trial are two distinct processes, and that the former has already concluded and its outcome is final.

“Congressional Democrats’ current posture may be too cute by half, and is perhaps politically ill-advised, but any argument that they’ve entered a legal limbo by stalling the delivery of articles to the Senate falls flat,” Turley wrote. “The Framers set a two-thirds requirement for conviction, because it knew that some impeachments might be pure political exercises. It is a different standard set for a distinct stage of this constitutional process.”