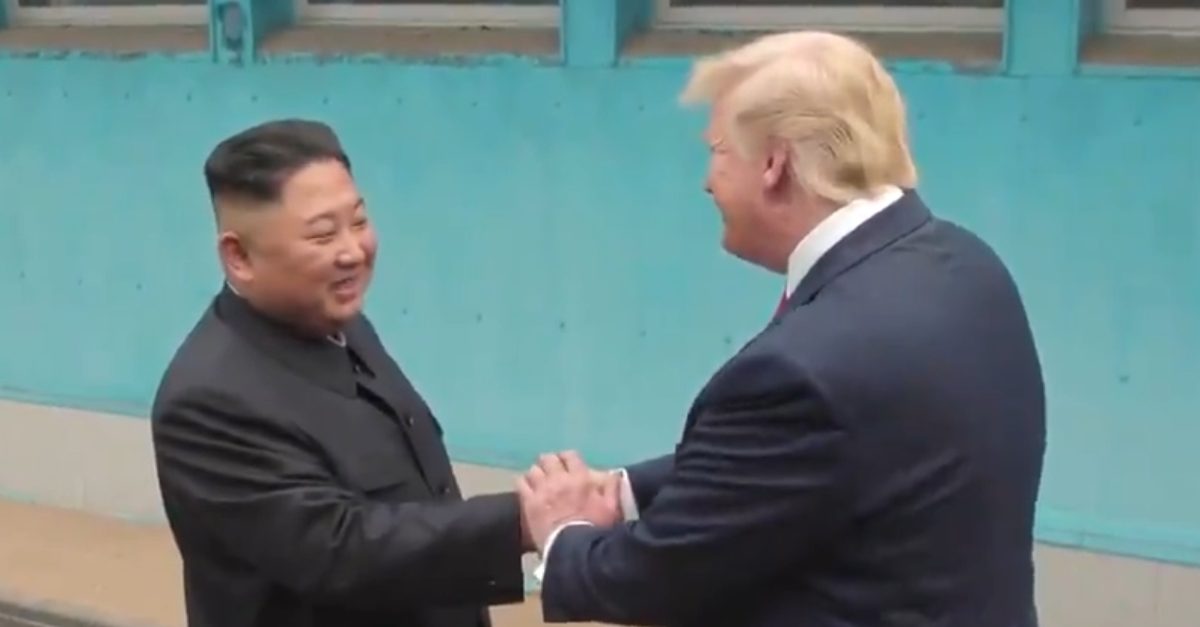 “President Trump confides in his wife on many issues including the detailed elements of his strong relationship with Chairman Kim — and while the First Lady hasn’t met him, the President feels like she’s gotten to know him too,” stated Grisham, who previously worked in the administration as the first lady’s press secretary.

The White House comments were issued after a press conference at the G7 summit in Biarritz, France in which Trump made false assertions about his wife’s supposed relationship with Kim.

“I also say that, by the way, with respect to North Korea. Kim Jong Un, who I’ve gotten to know extremely well, the first lady has gotten to know Kim Jong Un,” said Trump. “I think she would agree with me, he is a man with a country that has tremendous potential.”

The first lady did not attend the 2018 summit in Singapore between the U.S. and North Korea; she was also not present during either of the president’s meetings with Kim — in Hanoi in February and at the DMZ in June — earlier this year.