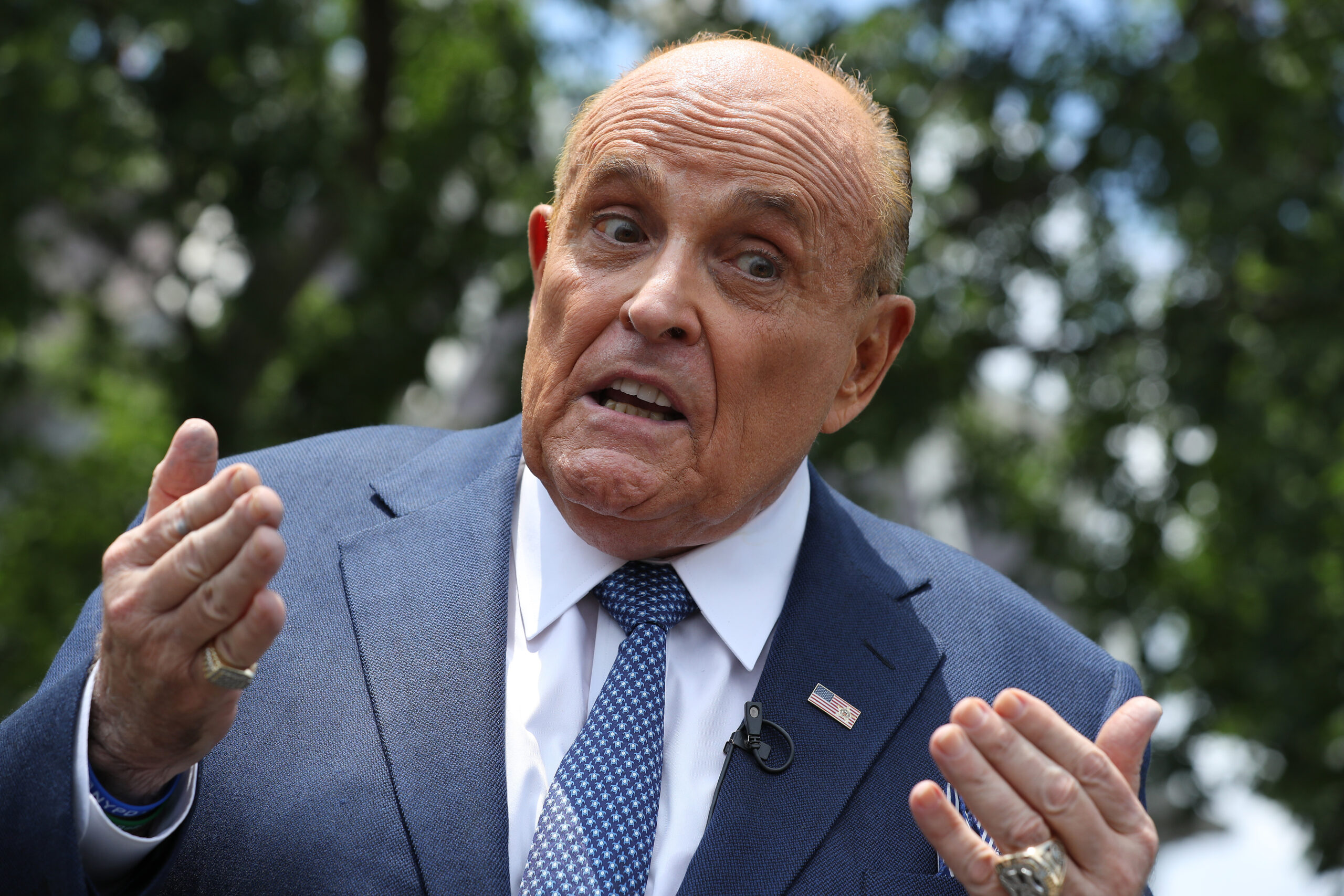 Mediaite has learned that Fox News was first approached by Rudy Giuliani to report on a tranche of files alleged to have come from Hunter Biden’s unclaimed laptop left at a Delaware computer repair shop, but that the news division chose not to run the story unless or until the sourcing and veracity of the emails could be properly vetted.

With the general election just three weeks away, Giuliani ultimately brought the story to the New York Post, which shares the same owner, Rupert Murdoch. The tabloid has been exhaustively covering the contents of the laptop — which include everything from emails regarding Hunter Biden’s work for a Ukrainian company to personal photos of the recovering addict — with each morsel being amplified in the conservative media world, including on Fox News’ top-rated opinion programs. Thus far, the Fox’s News division has only been able to verify one email from the tranche leaked.

The former New York City mayor and personal attorney to President Donald Trump has long had a working relationship with Fox News, the cable news network whose opinion shows have an overwhelmingly pro-Trump point of view.

But according to two sources familiar with the matter, the lack of authentication of Hunter Biden’s alleged laptop, combined with established concerns about Giuliani as a reliable source and his desire for unvetted publication, led the network’s news division to pass. Fox News declined to comment on this story.

Some of Fox News’ top news anchors and reporters have distanced themselves from the story. During an on-air report that largely focused on how social media platforms handled this story, Bret Baier said, “Let’s say, just not sugarcoat it. The whole thing is sketchy.”

“You couldn’t write this script in 19 days from an election, but we are digging into where this computer is and the emails and the authenticity of it,” he added.

Chris Wallace also called the story “suspicious” and said, “I can understand the concern about this story. It is completely unverified and frankly, Rudy Giuliani is not the most reliable source anymore. I hate to say that, but it’s just true.”

According to a leaked memo obtained by The Daily Beast earlier this year, the research department at Fox News had previously described Giuliani as “amplifying disinformation” surrounding the Ukraine corruption story that lay at the heart of the impeachment of President Trump earlier this year.

The initial laptop story broke on Wednesday of last week. By Friday, Fox News had confirmed the veracity of just one email, which has been used by some to validate the entire tranche of files “uncovered” by Giuliani:

One email, dated May 13, 2017, and obtained by Fox News, includes a discussion of “remuneration packages” for six people in a business deal with a Chinese energy firm. The email appeared to identify Hunter Biden as “Chair / Vice Chair depending on agreement with CEFC,” in an apparent reference to now-bankrupt CEFC China Energy Co.

The Fox News article, which was co-bylined by Sam Dorman and Mike Emanuel, doesn’t name the source who confirmed the contents of this email. Fox News also reported that sources identified one of the six people to be Joe Biden — who was at the time out of office and a private citizen. There is no evidence in his released tax returns that Joe Biden benefited from this supposed graft arranged by his son Hunter and it is unrelated to Ukraine or then Vice President Biden’s work to oust an allegedly corrupt Ukrainian prosecutor.

According to an Associated Press report, the mixing of legitimate emails with false ones was a tactic used by Russian intelligence operations in the 2017 French election. Leaked emails that were called “utterly mundane” were included to lend credibility to falsified information designed to undermine Emanuel Macron’s reelection bid.

On Sunday night, the New York Times reported that the New York Post had a difficult time finding a reporter to put their byline on the story amidst internal concerns about its dubious sourcing. The Times reported that the staff writer who mostly wrote the story, Bruce Golding, refused put his name on the report because he doubted its credibility. Post editors then “pressed staff members to add their bylines to the story — and at least one aside from Mr. Golding refused,” according to the Times report, which cited two unnamed Post journalists. A Post spokeswoman had no comment on how the article was written or edited.

“The senior editors at The Post made the decision to publish the Biden files after several days’ hard work established its merit,” the Post’s Col Allan told the Times.

The story’s bylines eventually went to Emma-Jo Morris, a former associate producer on Fox News show Hannity, who joined the Post as an editor this year and had yet to publish a story with her byline, and Gabrielle Fonrouge, a Post reporter since 2014. According to the Times, Fonrouge only learned her name was on the story after it was published.

Mr. Giuliani hinted that he had offered it elsewhere when he told the Times that he chose The New York Post because “either nobody else would take it, or if they took it, they would spend all the time they could to try to contradict it before they put it out.”

Concerns that Giuliani has been targeted by Russian intelligence to launder election misinformation about Biden raised more concerns about the reporting. According to the Washington Post, the U.S. intelligence community made that assessment last year, and went so far as to warn the president that Giuliani could be an unwitting conduit of false or manipulated claims, with the goal of sowing dissension and chaos in the 2020 election.

Questions of Giuliani’s credibility are well-founded. President Trump’s personal attorney has admitted that he is looking to dig up any negative information that could benefit his client. Last month, the Washington Post reported that one of Giuliani’s associates Andrii Derkach, in trying to unearth dirt on the Bidens in Ukraine, had been identified in a secret CIA assessment as a covert Russian agent.

When confronted over the report in an interview with the Daily Beast, Giuliani defended Derkach and brushed aside the intelligence warning. “The chance that Derkach is a Russian spy is no better than 50/50,” he said.

Since this story broke, the New York Times, Washington Post, and Wall Street Journal have all worked to verify the New York Post report but have not yet been able to confirm. (The Biden campaign has not challenged the veracity of all the emails, though they have said there is no record of a meeting between Joe Biden and a Ukrainian executive — a central claim of the Post’s “smoking gun” report.)

The FBI is reportedly looking into the veracity and sourcing of the laptop, but the Director of National Intelligence John Ratcliffe proclaimed that the story is not Russian disinformation.

While Fox’s news division appears to have applied basic journalistic standards in declining to run such an explosive story without verification, much of the network’s opinion programming has covered the story and even had Giuliani on air to tout it, using the Post’s reporting as its shield while blaming the rest of the media for not covering it. Fox News anchor Martha MacCallum also had Giuliani on to discuss the story the day after it broke.