Oversight Chair Elijah Cummings: ‘It Appears That’ Trump Committed a Crime in Office 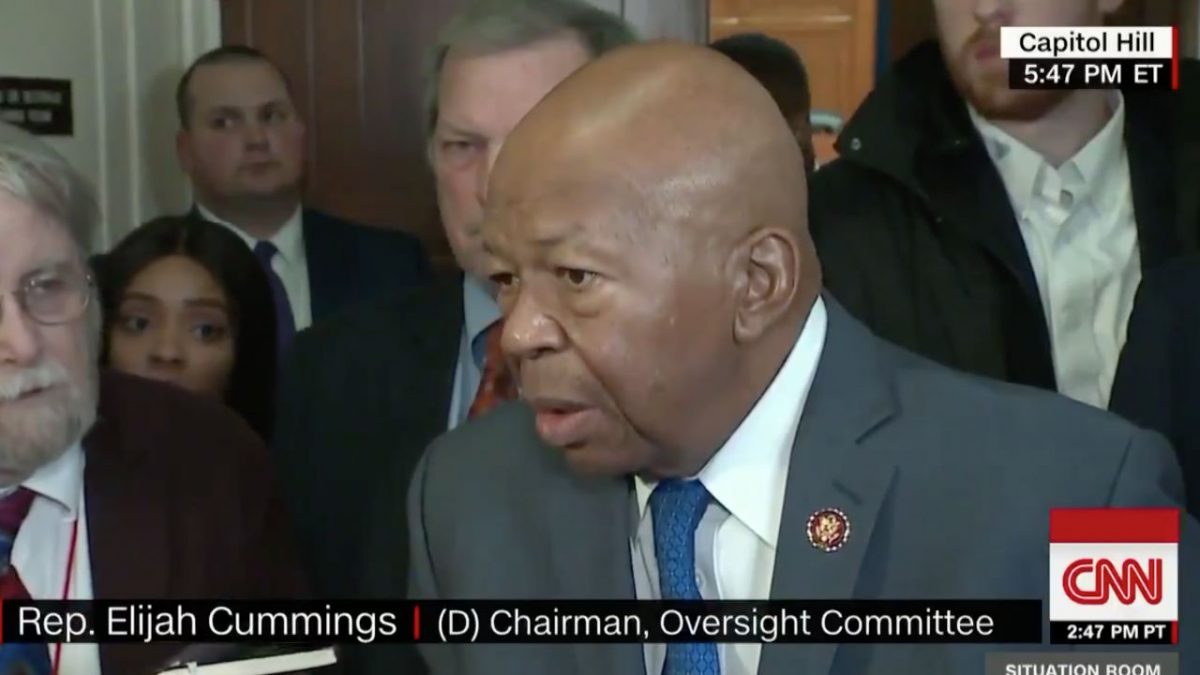 Cummings was directly asked, “Do you believe that the president committed a crime while in office?”

“Based on looking at the checks and listening to Mr. Cohen, it appears that he did,” he responded.

Reporter: “Do you believe that the President committed a crime while in office?”

House Oversight Chairman Elijah Cummings: "It appears that he did" https://t.co/nMM0eWaT04 pic.twitter.com/Dp5TP5f3Ns

He said that “I’m basing that on what has already been found” and added he wants to see what Robert Mueller ultimately says.