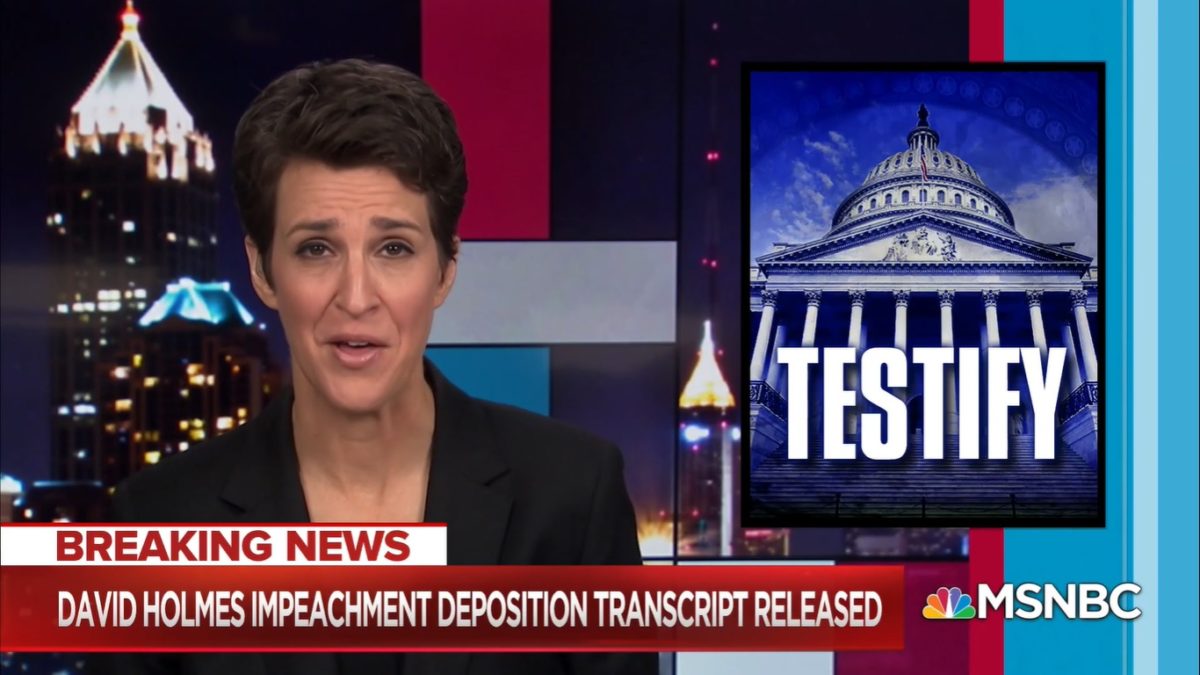 MSNBC’s Rachel Maddow took home the win in the cable news ratings on Monday, the night before the Tuesday impeachment hearing.

Along with The Rachel Maddow Show, Hannity, and Tucker Carlson Tonight, Fox News’ 5 p.m. show The Five was also one of the few shows to pull in over 3 million viewers: 3.194 in total, and 498,000 in the demo.