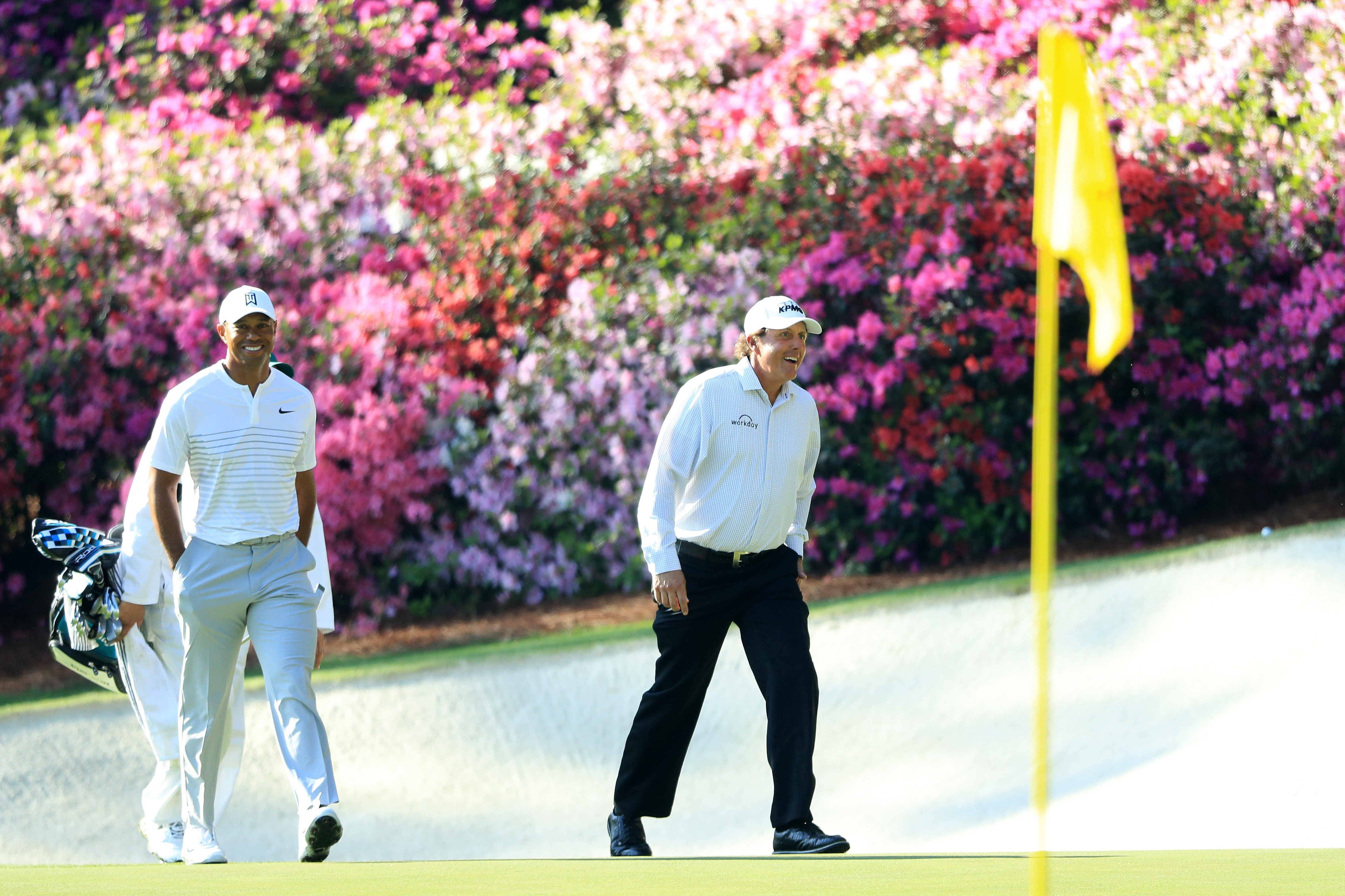 Day Two of The Masters is underway at Augusta National. The weather is picture perfect, and conditions appear to be ripe for scoring.

Jordan Spieth entered the day as a two shot leader over Tony Finau and Matt Kuchar at -6. Spieth went on a birdie tear on the back nine Thursday, posting five straight before a bogey at the last two finish with 66. A second green jacket appears to be very much a possibility for the young superstar.

Two notables who kept themselves in the mix with strong opening rounds; Rory McIlroy, who posted a 3-under 69, and Phil Mickelson, who shot 70 and is four off the pace — as he looks to win his fourth Masters.

Tiger Woods struggled on Day One. His opening round 73 puts him closer to the likely cut than the lead. World No. 1 Dustin Johnson also sits at +1. And Justin Thomas is eight shots back, at +2.

Broadcast coverage of The Masters begins at 3:00 pm ET on ESPN. The Masters official site will stream all the action starting Thursday morning. There are a variety of options on how to watch. In addition to the standard broadcast feed starting at 3:00, the site will stream action all day from Amen Corner (the 11th, 12th, and 13th holes — for tho), 15 and 16, as well as several “featured groups” each day.