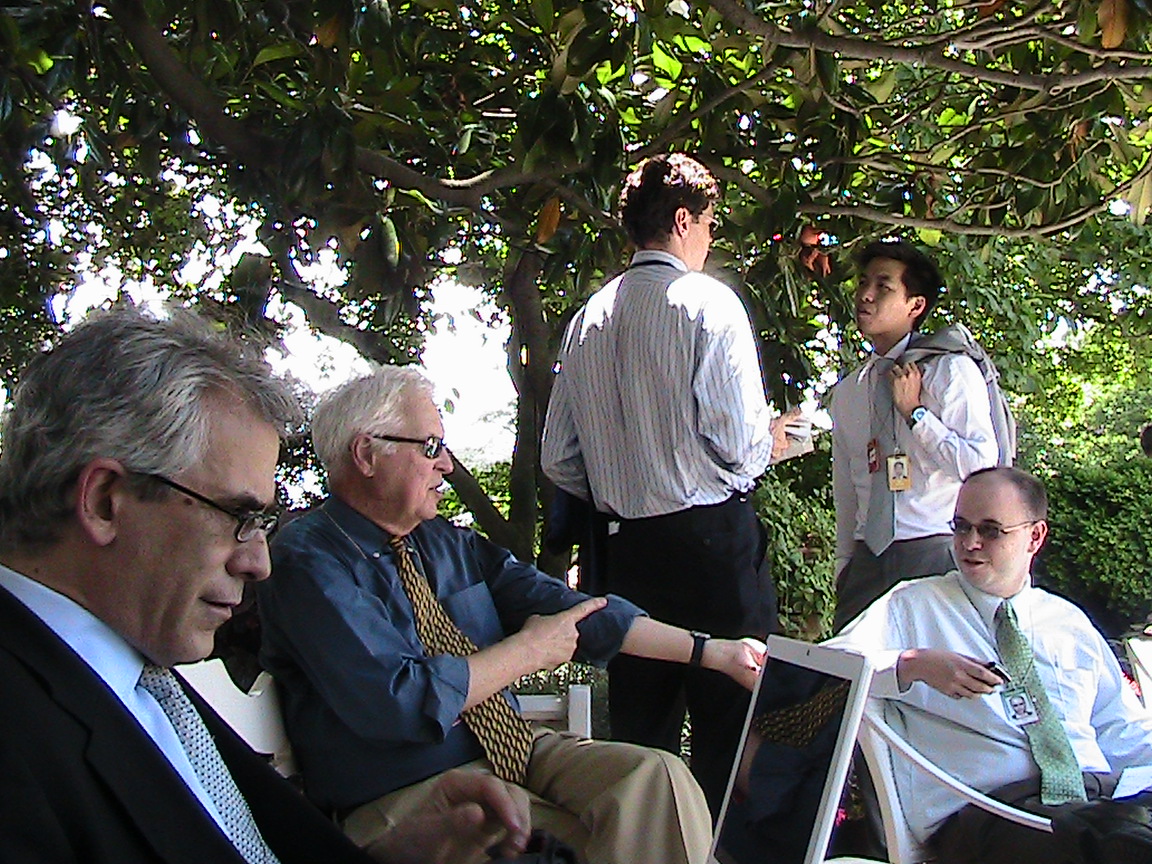 Bill Press is a member of an increasingly endangered species: the successful progressive radio host. With his new book, Toxic Talk: How the Radical Right Has Poisoned America’s Airwaves, my White House press colleague aims to diagnose, and treat, the left’s deficit on the dial. While it lives up to its title, Toxic Talk is much more than a catalog of crass conservative cacophony. Breezy and full of insights for left, right, and in between, Press’ book is essential reading for political media junkies.

Despite the scolding title, Press is no shrinking violet himself. He recently took heat on these pages, and elsewhere, for comparing Glenn Beck‘s “Restoring Honor” event (on the date and location of Martin Luther King’s “I have a dream” speech) to an Al-Qaeda rally at Ground Zero. In remarks at his book’s launch party a few weeks ago, Bill copped to the occasional use of toxic talk himself, recognizing hyperbole and controversy as essential tools in today’s chat kit. The key difference is orders of magnitude in degree and quantity.

That book party was held at the command center of Media Matters, the crack watchdog organization on whom Press gratefully relies for most of Toxic Talk‘s references. I worried, as a professional media-watcher myself, that Toxic Talk would be a too-familiar rehash of bile, but I was pleasantly surprised. While some of the quotes were familiar to me (but would be fresh to a lay reader), Press and Media Matters dig up some gems that I’d never heard.

The book is well-organized, with the first four chapters each devoted to the kings of right-wing talk: Rush Limbaugh, Glenn Beck, Sean Hannity, and Michael Savage. While Press gets in his fair share of shots at them, he also gives these devils their due. He rightly credits Rush Limbaugh’s gargantuan influence, and skill at manipulating, not just his audience, but an entire political party.

Aside from more familiar territory, like Rush’s Obama-fueled obsession with bending over and grabbing his ankles, there are hidden gems, like Rush’s 1994 insistence that “It has not been proven that nicotine is addictive” (the President and I would beg to differ), or several CNN-era Glenn Beck quotes that I missed completely. I knew that Beck hated the families of 9/11 victims, but the father of Nicholas Berg? I already couldn’t stand Michael Savage (the one and only time I talked to him, he managed to respond to my objection to torture by calling me gay), but I didn’t know about his war on autistic children.

More than a litany of inflammatory quotes, though, each of these chapters trace their subject’s rise to power, provides a timeline of their significant impact on the news, and analyzes the secrets to that success.

To Press’ credit, not only does he eschew favorite liberal cliche´s, such as using names like “RePUKElican,” or speculating about the diminished IQ/tooth count of the conservative audience, he also offers sincere praise for his subjects. In the “Toxic TV” chapter, for example, he credits Bill O’Reilly‘s perseverance, and his ability to set aside his political differences and hold President Obama up as a role model for America’s children. On Lou Dobbs, he details the former CNN host’s formerly sensible positions on protecting American workers.

Press also devotes chapters to 2nd and 3rd tier conservative chatters, perhaps giving the reader a taste of what’s to come. Again, I was surprised by the kind words he had for Laura Ingraham, detailing her impressive credentials, and noting her sex appeal, and pioneering use of same. His disappointment in the quality of her show, then, seems genuine.

He’s less kind to Mark Levin and Neal Boortz, but his observations are clear-eyed and on target.

The  first 7 chapters set the table for Press’ deconstruction of the grip that conservative talk has over America’s radio airwaves. He explains how the real villain isn’t the demise of the Fairness Doctrine, but rather the regulations concerning station ownership. He also explains the barter system, which gives established national radio shows an impossible edge in reaching more listeners.

Finally, Bill offers his analysis of the current state of progressive talk radio, and his prescription for fixing it. He dispenses with myths about progressive talk being unprofitable, most notably by revealing the truth behind Air America Radio’s demise, which had little to do with the viability of the format.

He identifies a short, but potent, roster of successes. MSNBC’s Ed Schultz and Rachel Maddow both rose from progressive talk’s ranks, and he cites Thom Hartmann, Stephanie Miller, Mike Malloy, and Randi Rhodes as other success stories.

I don’t want to ruin the ending for you, but there is a bit of a twist. The surprise villain of the book turns out to be liberals, whom Press observes seem more interested in ego-stroking face time with politicians than in building a counter to the right’s media machine.

While I agree 100% with Press’ conclusions (and his dead-on assessment of liberals’ attitude toward Alan Colmes), I do think he left some things out.

First of all, I think that liberals’ biggest weakness is the smug arrogance that led them to laugh off Sarah Palin’s Death Panels and the Tea Party. I include myself among those who, in our infatuation with new media, dismiss radio as a dead medium. Press’ book opened my eyes to the fallacy of that attitude. As Les Kinsolving constantly observes, radio is unique among media in its ability to penetrate through the background of our daily lives. You’ll never get a 3 hour dose of Countdown while hauling cargo on the interstate.

Secondly, progressive talk radio tends to be heavy on “progressive talk,” and light on “radio.” Aside from Miller, I’ve listened to all of Bill’s examples of liberal radio success, and with one exception, I enjoyed them despite their radio chops. Tune in to Mike Malloy or Thom Hartmann, and you will get several hours of great progressive talk. Tune in for 15 minutes, and you’re likely to be more lost than an Oceanic 815 survivor.

Only Randi Rhodes hews closely enough to talk radio conventions to be able to pull together the drop-in listener and the regulars. She  combines the tough-talking, bumper-sticker-friendly style of her conservative counterparts with a liberal message that’s almost stealth in its common sense populism. On top of that, she’s a radio pro. Randi mixes in enough repetition of the day’s theme to catch new listeners up, but not so much that you can’t listen to her for 3 hours.

Finally, I think that conservative talk has become such a growth industry for the online left, it has locked up the very talent that could threaten it. Media Matters, Crooks and Liars, hell, most of the liberal blogosphere (and Mediaite), all mine the Limbaughs and Becks of the world for an endless stream of content. With such easy pickings to be had at conservative talk’s expense, and with the misguided notion that radio is dead, where is the incentive to put the hard work into becoming a broadcasting professional?

Like Press, I am amazed that, with the amount of time and energy the left puts into fretting about and watchdogging the right wing media echo chamber, they seem to have no interest in developing one of their own.