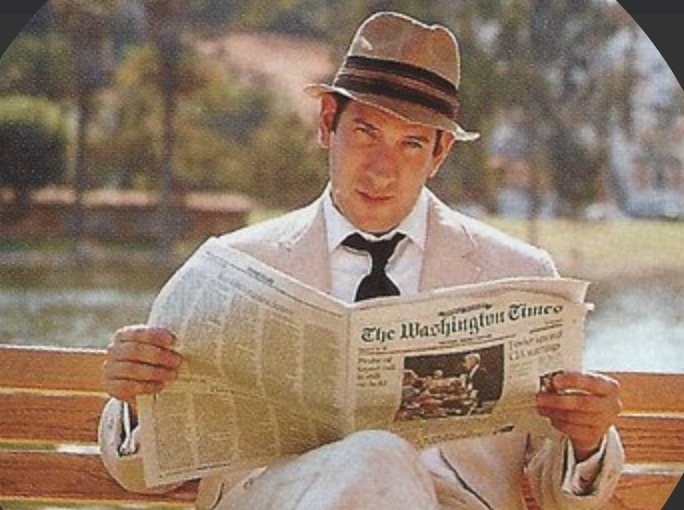 Matt Drudge is back on Twitter, and he’s saying that Republicans have proven that they are no different than Democrats in terms of their interests.

The Drudge Report creator doesn’t offer a whole lot of direct political commentary, but he decided to slam the GOP for their failure to repeal the Affordable Care Act and for their reported plan to raise tax rates. 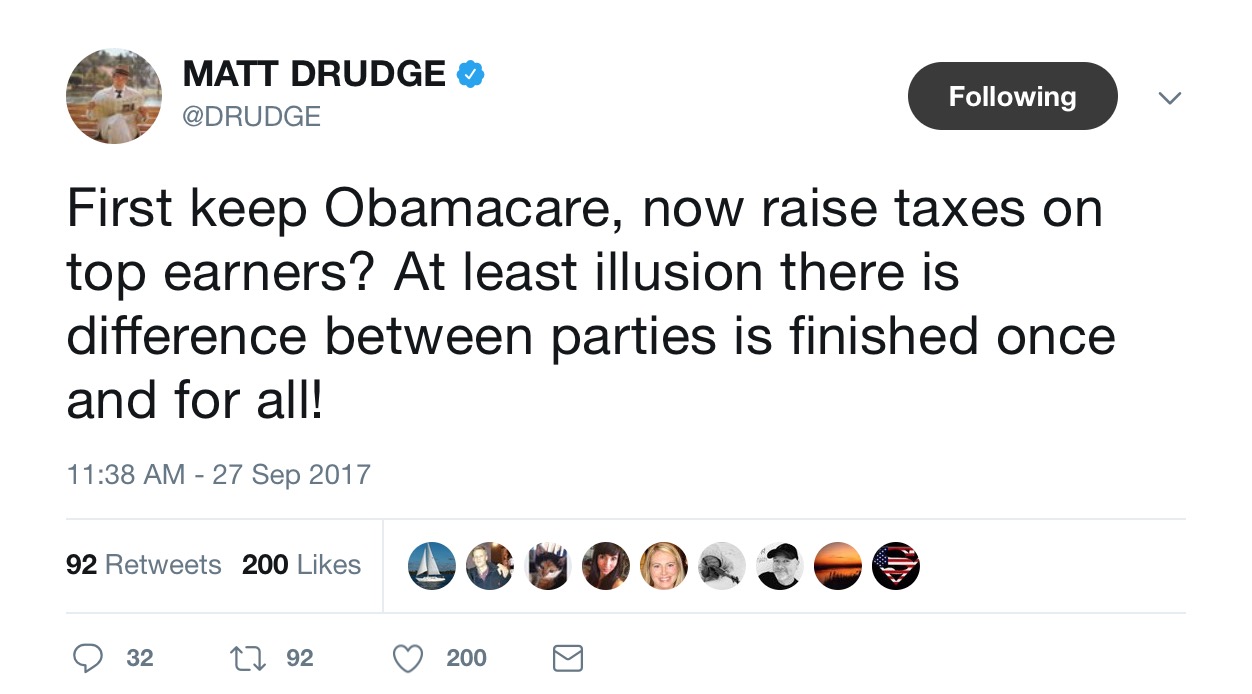 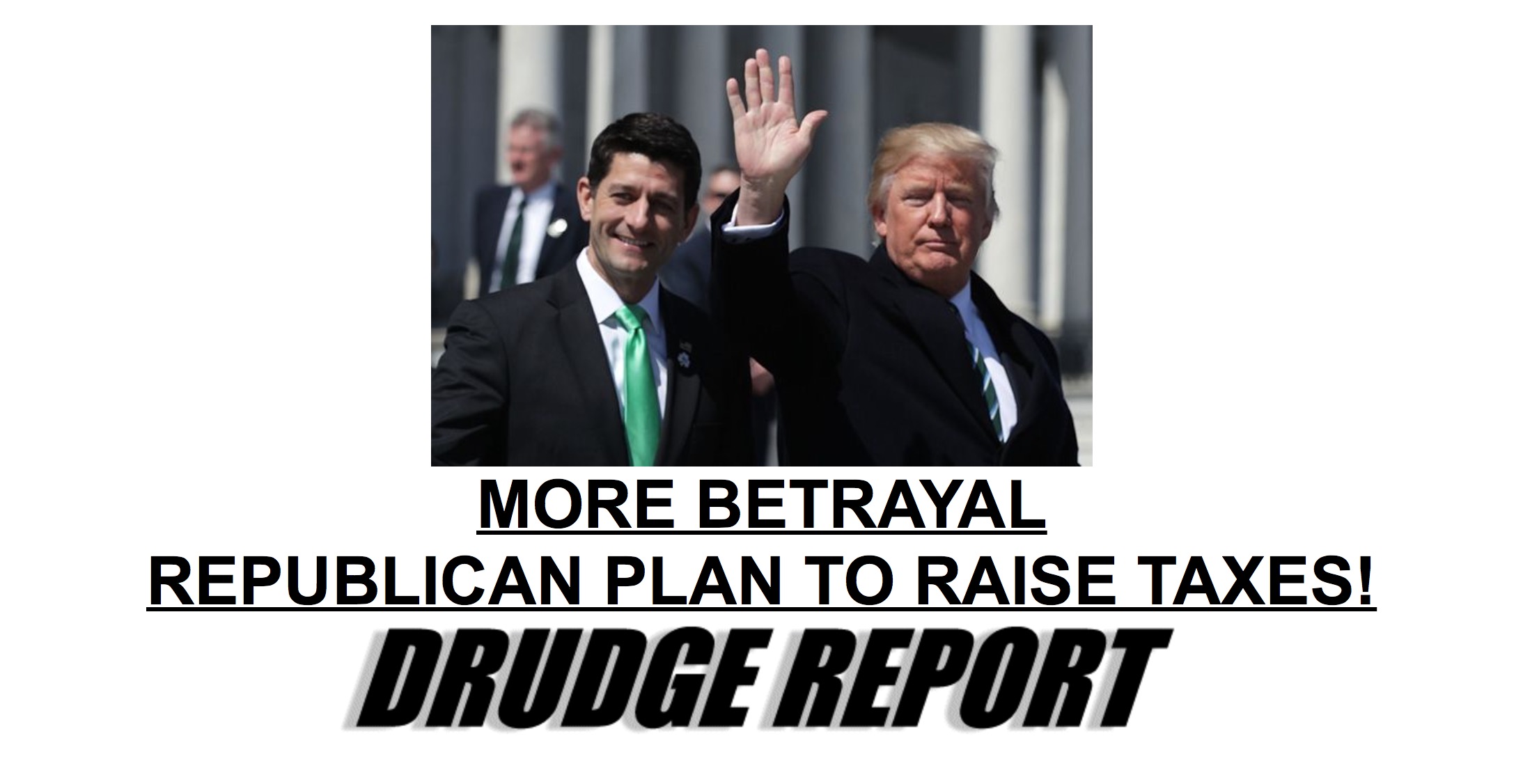 Drudge has been consistent in his support for Trump, and he’s been hammering the Republican leadership for months for not doing enough to advance the president’s agenda. However, Drudge has shown signs that Trump is not exempt from his frustration if POTUS cannot live up to his 2016 campaign promises.

Trump is expected to give a speech later today about his plans for tax reform. Reports indicate that Trump’s overhaul will involve adjusting corporate tax rates, eliminating deductions for state and local taxes, and reducing the amount of tax brackets.