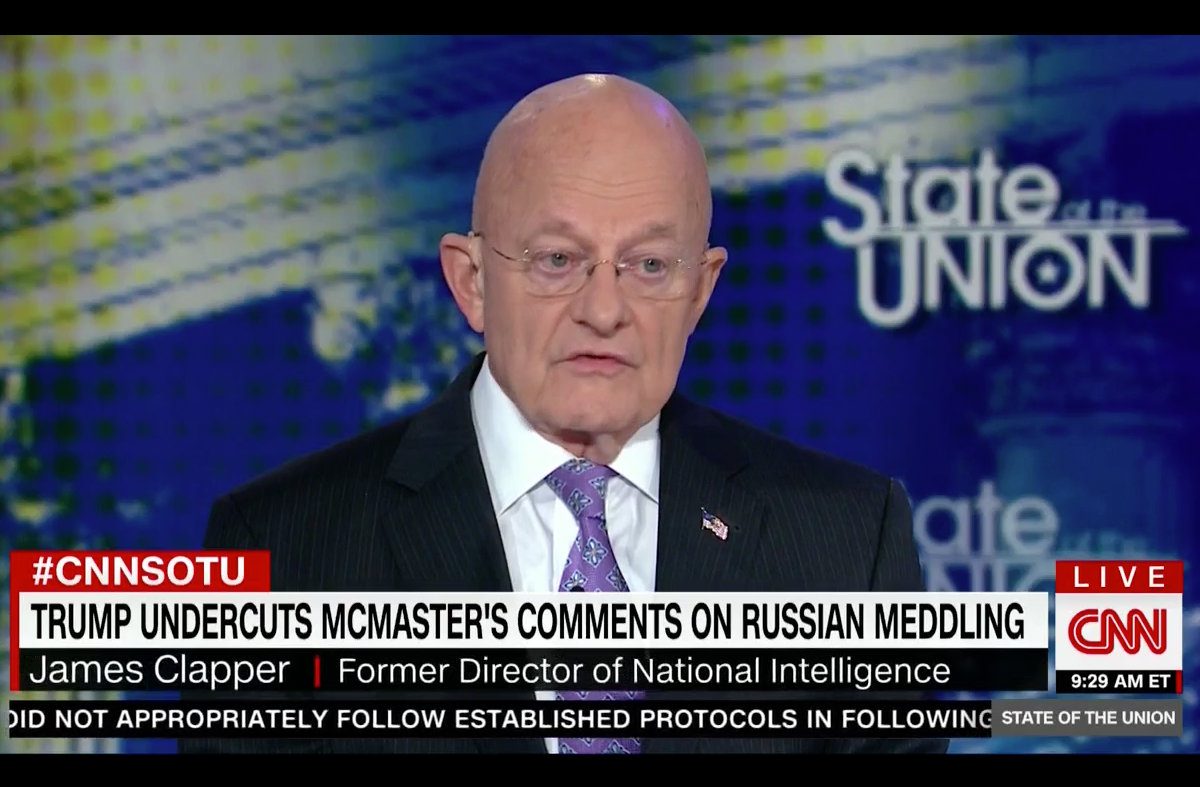 The New York Times reported Thursday that prior to his inauguration, President Donald Trump was shown evidence that Russian President Vladimir Putin personally order cyberattacks on the 2016 U.S. election. Now, a former top U.S. intelligence official is confirming that report.

According to Ken Dilanian of NBC News, Former Director of National Intelligence James Clapper said the president was shown the evidence of Putin’s involvement in election meddling.

Former DNI James Clapper has now confirmed on the record what NBC News and others have reported: That the US has evidence of Putin’s direct involvement in US election interference. Clapper said that evidence was shown to Trump.

This comes as the president has spent the week issuing a series of controversial comments in which he has meekly acknowledged Russian interference, while leaving open the possibility other nations were involved. The president has made no comments personally blaming Vladimir Putin for the meddling.