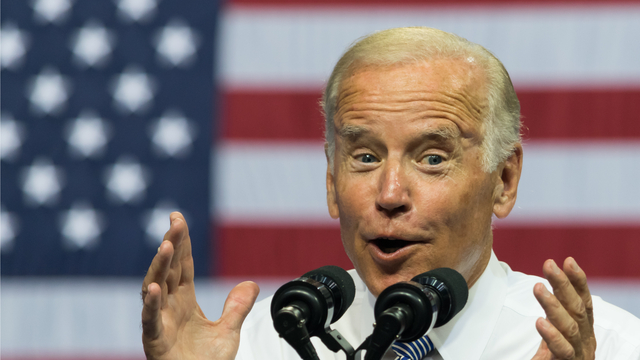 This is Joe Biden. No, not former Vice President Joe Biden. This is Joe Biden the Golden Retriever, and he is adorable. He’s four months old, and his owner Sydney named him Joe Biden, because, she told Buzzfeed, “he is probably my favorite politician and favorite elected official.”

Today, former Vice President Biden was at the Capitol to celebrate the seven year anniversary of the Affordable Care Act, so Joe Biden the dog showed up too, hoping to meet him. Sydney told Buzzfeed that when human Biden noticed the dog, he liked him right away, and signaled to her to come over to him.

“As soon as I told him his name was Biden, he started kissing the dog, which is like exactly what I expected Biden would do,” Sydney said. And, they got this awesome selfie:

Sydney said that once human Biden found out dog Biden’s name, “his face lit up.”