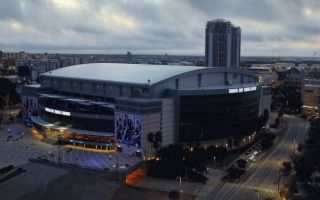 The Republican National Committee has announced its first list of confirmed speakers slated to address the GOP’s nominating convention in Tampa, Florida in the last week of August. The confirmed speakers include some prominent politicians who were being discussed as potential running mates for Mitt Romney’s presidential ticket, but their selection to address the convention has eliminated them from contention.

RELATED: Chris Christie To Give Keynote Address To Republican Nominating Convention, According To Report

The Tampa Bay Times was the first publication to reveal this first wave of speakers early Monday morning on its website. There was no mention as to what date or time the above speakers would address the convention.

A report from July noted that New Jersey Gov. Chris Christie was tapped to give the keynote address to the GOP convention. NBC News confirmed that report, which originally appeared in the New York Post, but the Romney campaign later said that they have not confirmed the convention’s keynote speaker.