The One Group That Trump’s First 100 Days Have Been Great For? Progressives
Opinion

The One Group That Trump’s First 100 Days Have Been Great For? Progressives 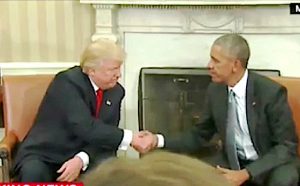 Donald Trump is having the worst first hundred days of any president – that arguably includes William Henry Harrison who died 31 days into his term. But Trump has truly been a Godsend for one group of Americans: Progressives. Trump may actually make the Democratic Party great again.

When President Obama was in office there was a sense of complacency among progressives. Despite the Republicans controlling both chambers of Congress for the final two years of Obama’s term as well as over 30 governorships and nearly two thirds of the state legislatures, there was little sense of urgency among Democrats. And that continued through the closing days of the 2016 presidential campaign as we assumed Hillary Clinton would win and all would be okay.

But then Trump won. At first, progressives were dazed and confused. Soon stunned turned into depression for many on the left. I was truly concerned that my fellow progressives would remain in that zombie like state for an extended period as Trump ran amuck.

But thankfully that didn’t happen thanks to Trump. His early appointments of horrific people like Brietbart’s Steve Bannon, Jeff Sessions as Attorney General, Scott Pruitt for the EPA and others began to wake us from our slumber. We saw the first evidence of that the day after Trump was sworn in as yuggee crowd took to the streets of the United States – and even the world – with the women’s march to express their disdain for Trump.

That was only the beginning of progressives taking to the streets- some for the first time in their lives. After Trump’s Muslim ban a short time later, we saw protests in 30 plus cities battling Trump’s bigoted plan. And we just saw tax day protests on April 15 and last weekend there was the far bigger “March for Science” as people took to the streets to oppose Trump’s climate policies.

Add to that there’s been fiery opposition to Trump and his policies at the GOP members of Congress town hall events. One of the most inspiring for progressives was watching Rep. Jason Chaffetz get yelled at by an angry crowd in his home district Utah (Yes, that Utah): “Do your job!”

Over the first 100 days of Trump, the left went from depressed to increasingly animated, impassioned and confident. In fact they are now even demanding. As I wrote about a month ago, grassroots Democrats I spoke to across the nation made it clear that Senate Democrats better filibuster Neil Gorsuch or prepare to be primaried. And while Gorsuch was ultimately confirmed, the Senate Democrats refusal to work with Trump further invigorated progressives.

Do you really think we would’ve seen any of this if Hillary had won? Nope, like a lobster slowly being cooked alive in boiling pot of water, we would’ve been lulled into believing that with Hillary in the White House everything was fine despite the GOP’s control of Congress, 33 governorships and two thirds of state legislatures.

And now we are on the verge of seeing some electoral gains. True, Democrats didn’t win the recent special congressional elections in Kansas and Georgia, but the Democratic candidates over performed in both. And come the June 20th run off in Georgia’s 6th Congressional district, we may see Democrat John Ossoff pick up that seat.

More importantly than the final vote tally was that in both special elections, an enthusiasm gap was clearly seen with Democrats being far more energized. In the Georgia special election, low-propensity Democratic voters — people who did not consistently turn out to the polls — cast ballots at a rate nearly 7 percentage points higher than low-propensity Republicans. The enthusiasm gap was even wider in the Kansas special congressional election.

We progressives are now no longer talking about winning the 24 seats needed to take control of the House as a pipe dream but as something we will do. Keep in mind that there are currently 23 GOP House seats in districts that Hillary won in November’s election.

For example, in Obama’s first midterm election in 2010, he had a Trump like 44 percent approval rating. How many House seats to the Democrats lost that year? A whopping 63 as the right was fired up akin to what we see with progressives today.

So while Trump’s first hundred days may have been the worst of time for him and the GOP, for progressives it’s shaping up to be the best of times. And all of this is thanks to one person: Donald J. Trump.