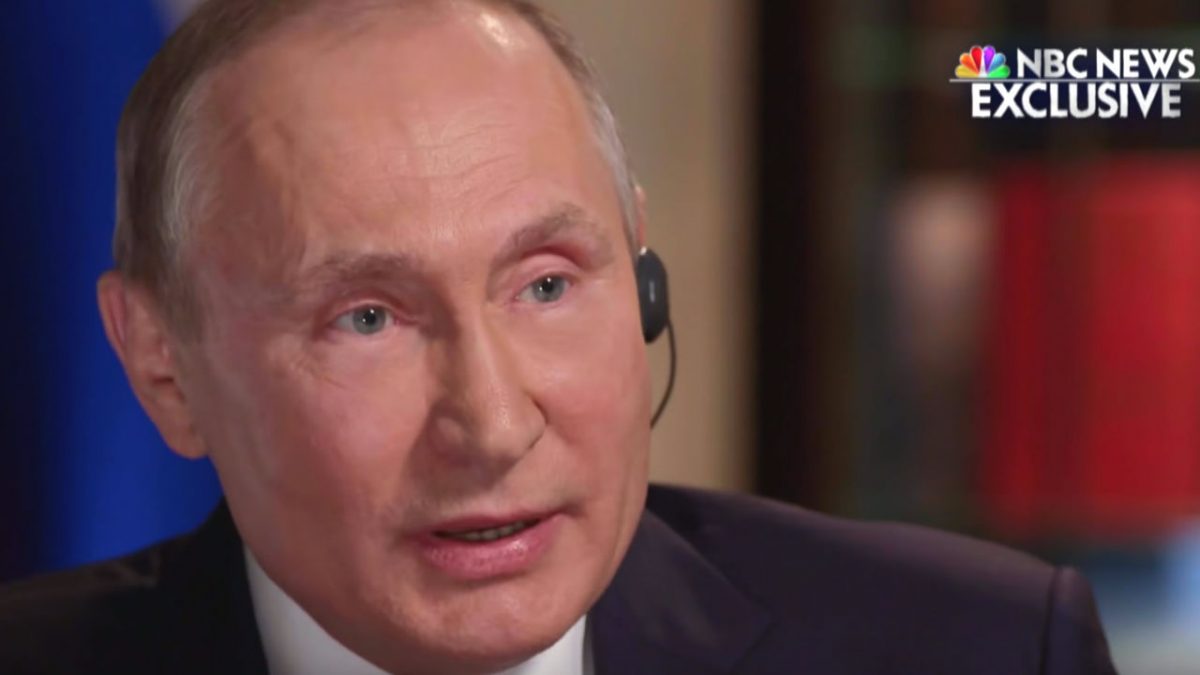 Do you think Putin will be going to The Miss Universe Pageant in November in Moscow – if so, will he become my new best friend?

President Trump, back when he was just Donald Trump, did hold the 2013 Miss Universe pageant in Moscow, and it turns out not only did he tweet about Putin, but he sent him a letter.

According to The Washington Post, the letter from Trump was all about inviting him to the pageant:

Donald Trump was so eager to have Vladi­mir Putin attend the 2013 Miss Universe pageant in Moscow that he wrote a personal letter to the Russian president inviting him to the event, according to multiple people familiar with the document…

Trump’s letter to Putin, which was described by people with knowledge of its contents, shows how interested he was in attracting the personal attention of the Russian president. The real estate magnate, who owned the Miss Universe pageant, wrote the note at a time when he was looking to expand his brand to Russia.

The letter also apparently included a reference to how Trump looked forward to seeing “beautiful” women there.

If you’re wondering why this is being reported now, apparently it was turned over to investigators looking into the Russia matter since it’s “the first known attempt at direct outreach” to Putin by Trump.