Trump to NYT: ‘I Have the Absolute Right to Do What I Want’ With Justice Dept., But Think Mueller Will Be ‘Fair’

Trump to NYT: ‘I Have the Absolute Right to Do What I Want’ With Justice Dept., But Think Mueller Will Be ‘Fair’ 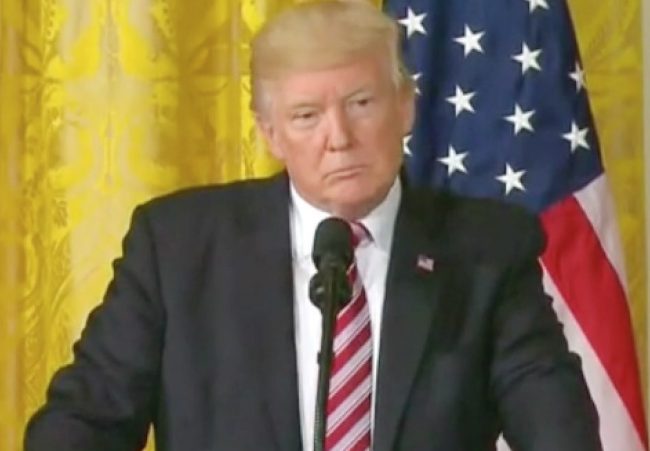 President Donald Trump is speaking once again on special counsel Robert Mueller‘s Russia probe, and is once again claiming there was “no collusion.”

During an off-the-cuff 30-minute interview Thursday with The New York Times in the Grill Room at Trump International Golf Club in West Palm Beach, FL, the president articulated his belief that the investigation casts the U.S. in a poor light.

“It makes the country look very bad, and it puts the country in a very bad position,” Trump said. “So the sooner it’s worked out, the better it is for the country.”

Reporter Michael Schmidt asked the president if he plans to reopen the investigation into Hillary Clinton‘s emails. Trump punted on that query in his response, instead seeming to circle back to the Russia probe.

“I have absolute right to do what I want to do with the Justice Department,” the president said. “But for purposes of hopefully thinking I’m going to be treated fairly, I’ve stayed uninvolved with this particular matter.”

Ultimately, though, the president expressed his belief that the probe will play out in a favorable manner for him, and special counsel Mueller will play it down the middle.

“There’s been no collusion,” Trump said. “But I think he’s going to be fair.”