Will Trump Say ‘Fake News?’ Will Stacey Abrams Take a Sip of Water? Check Out These Crazy SOTU Prop Bets 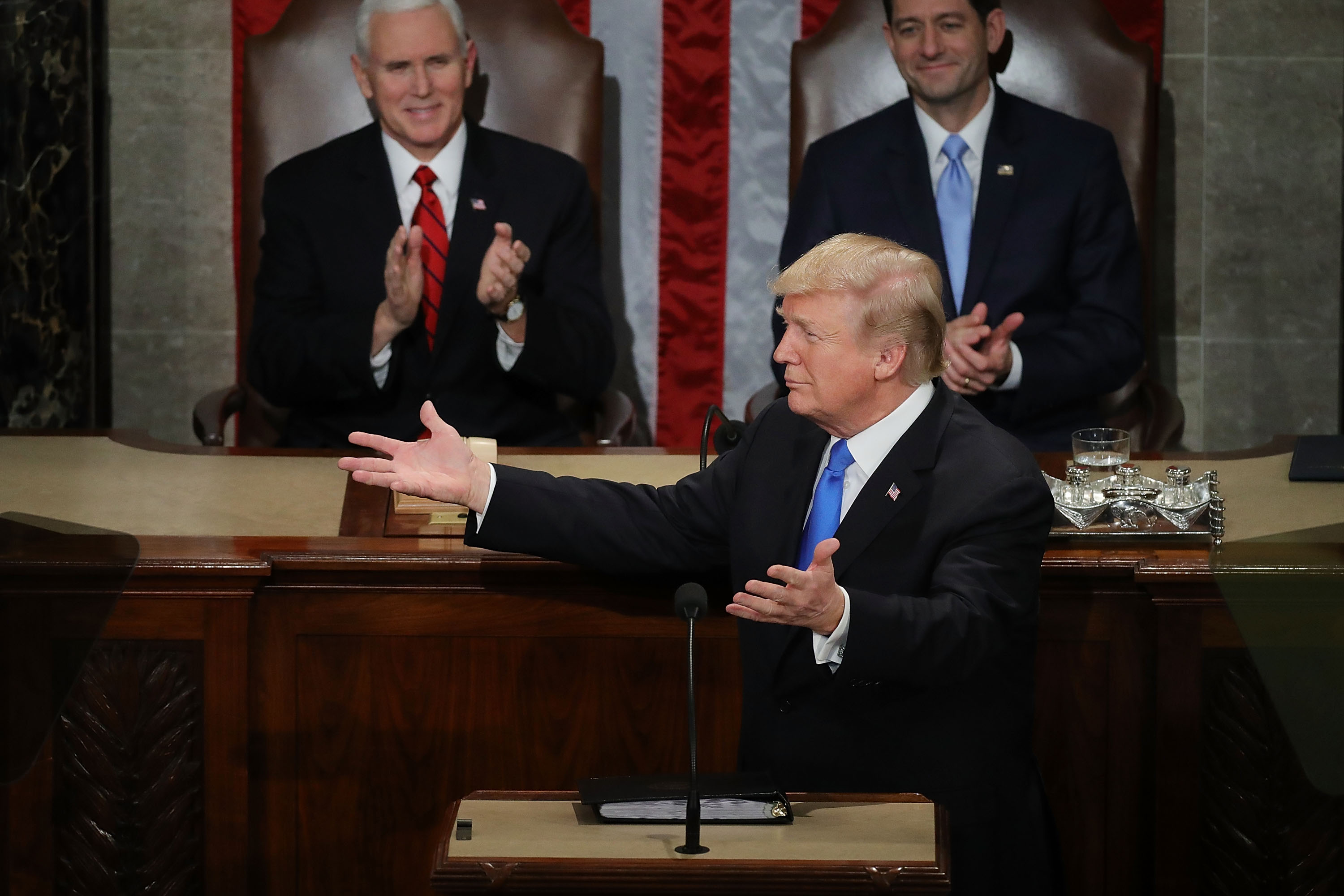 Let’s face it. The State of the Union can be tedious to watch. Applause breaks after (seemingly) every other sentence make the address last forever. Fortunately, an overseas bookmaker has come up with some creative prop bets to help you pass the time — and possibly even cash in.

Costa-Rican based outfit BetDSI has released a series of props ahead of Tuesday night’s address by President Donald Trump. Some of the wagers being offered are truly zany. Here is a partial list:

Who will President Trump mention first in his remarks?

Will President Trump be interrupted by something other than applause?

How many standing ovations will President Trump receive?

Will President Trump say the official name of a news media outlet?

Will President Trump criticize NATO for lack of defense spending?

There are even a few props listed tied to the Democratic response, which will be delivered by Stacey Abrams.

Will Stacey Abrams take a drink of water?

That last prop, of course, references Sen. Marco Rubio‘s (R-FL) 2013 State of the Union response in which he repeatedly, awkwardly, drank from a bottle of water.