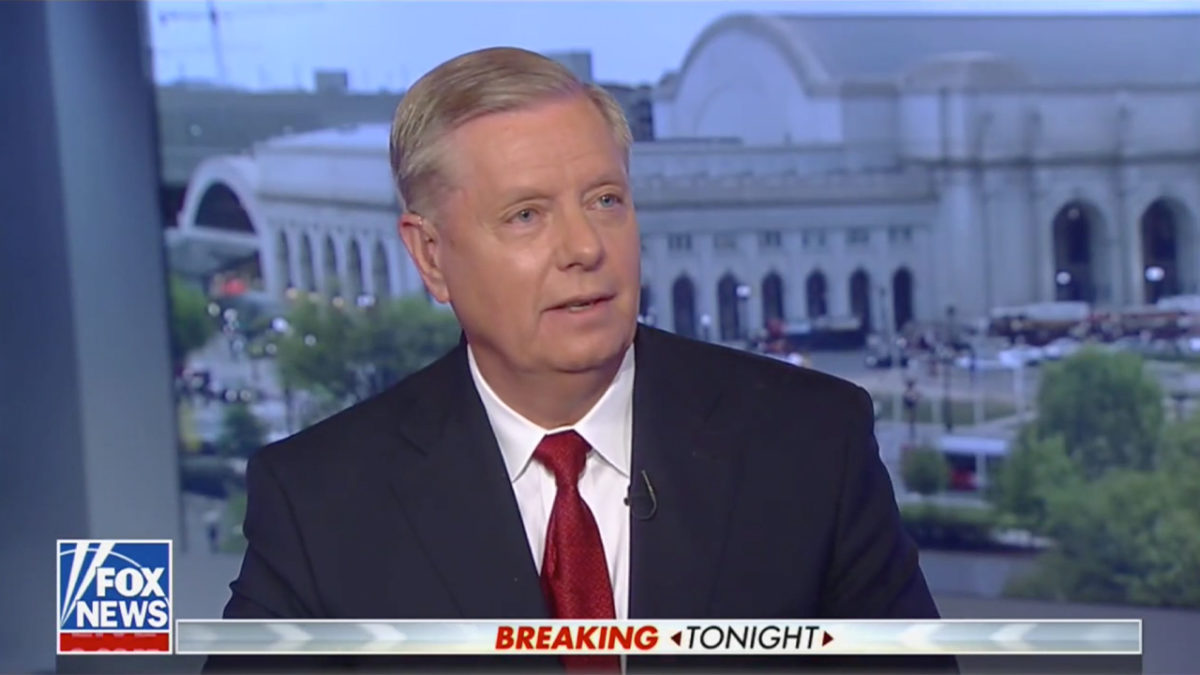 Have heard on numerous occasions disturbing allegations by @RudyGiuliani about corruption in Ukraine and the many improprieties surrounding the firing of former Prosecutor General Viktor Shokin.

Therefore I will offer to Mr. Giuliani the opportunity to come before the Senate Judiciary Committee to inform the committee of his concerns.

When asked by CNN if he would accept the invite, Giuliani appeared to decline, answering “Love Lindsey, but I am still a lawyer and I will have to deal with privilege.”

Giuliani has been a central figure of Trump’s Ukraine scandal due to his role in helping the president pressure the Ukrainian government into investigating former Vice President Joe Biden and his family. Giuliani has drawn massive scrutiny over his media tours in defense of the president, the latest of which, he used to proclaim Trump has “every right” to ask foreign powers to investigate Biden.

For the last few weeks, most of Giuliani’s claims of wrongdoing against Biden revolved around the ex-veep’s role in the firing of Ukrainian ex-prosecutor Viktor Shokin.

Giuliani and other Trump allies claim Biden is corrupt because he called for Shokin’s dismissal years ago while Shokin was supposed to be investigating the gas company Biden’s son Hunter worked for. However, Shokin, himself, was internationally accused of corruption at the time, and when Biden advanced the U.S.’ official position that Shokin ought to be fired, after Shokin allowed the Burisma Holdings investigation to go cold.

Kurt Volker, who recently resigned as special envoy to Ukraine, has said that Giuliani is operating off of unreliable sources. Giuliani has also been criticized for feeding Trump “debunked conspiracy theories” about Ukraine’s connection to the 2016 election.

Beyond Graham’s chairmanship, its worth noting that Senators Cory Booker, Amy Klobuchar, and Kamala Harris are also members of the committee as well. Since all three of them are competing with Biden for the Democratic 2020 nomination, it will be interesting to see how they handle a possible Giuliani hearing with respect to their presidential ambitions.