Mueller is set to testify Wednesday, with Democrats expected to ask a lot about the 10 acts of possible obstruction of justice by the president laid out in Volume II of the report, and Republicans expected to confront Mueller over the origins of the Russia investigation.

Monday night Regan said the following during a panel segment:

“I completely read the entire Mueller Report, and do you know what I concluded after reading both Volume 1 and Volume 2? There is no there there. NO THERE THERE! We completely wasted everybody’s time and taxpayer’s money.” @trish_regan

In addition to the downplaying of Mueller’s findings, Trump initially tagged the wrong Trish Regan before taking the tweet down and posting a corrected one. 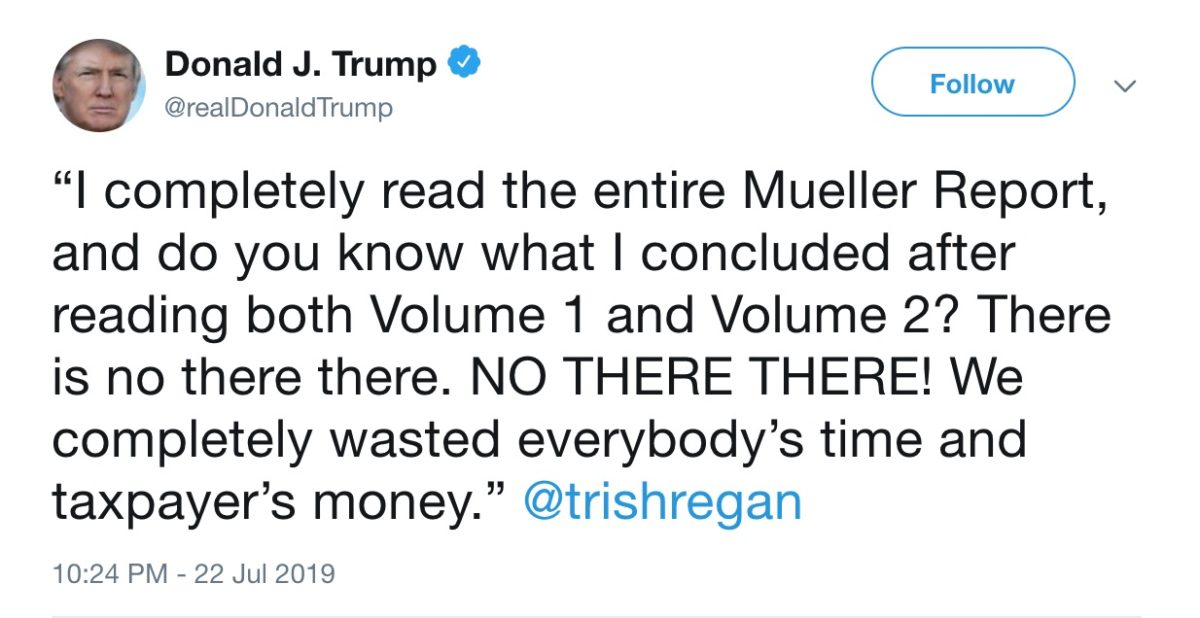