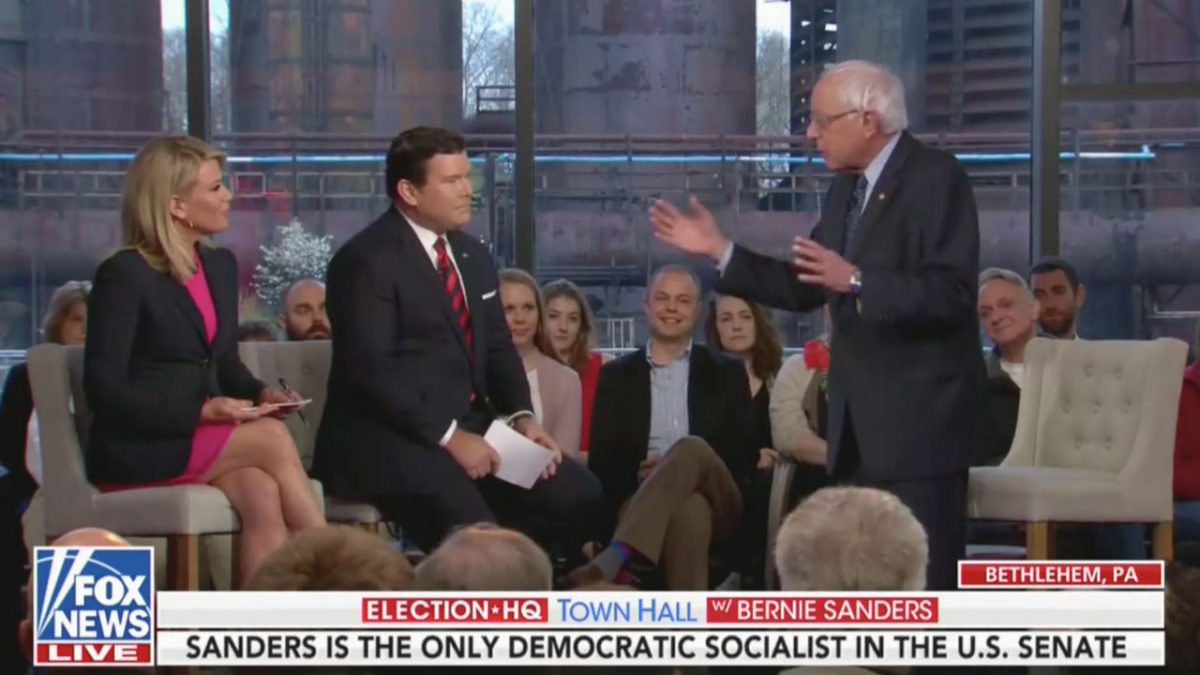 President Donald Trump is still unhappy with Fox News over the Bernie Sanders town hall, and now he’s accusing the network of keeping his supporters out.

Bret Baier noted last night that the crowd was a mix of “a lot of Democrats,” as well as “Republicans, independents, Democratic socialists, [and] conservatives.”

This morning POTUS remarked upon how “strange” the town hall was, but tonight he accused Fox News of keeping his supporters out and keeping the venue “stuffed with Bernie supporters.”

Many Trump Fans & Signs were outside of the @FoxNews Studio last night in the now thriving (Thank you President Trump) Bethlehem, Pennsylvania, for the interview with Crazy Bernie Sanders. Big complaints about not being let in-stuffed with Bernie supporters. What’s with @FoxNews?

It’s unclear where the president is getting this from. Reports on the town hall noted some Trump supporters protesting outside, but don’t mention complaints about not being let in.

UPDATE: Pennsylvania’s Morning Call paper has a report detailing how Fox News selected the audience for its town hall, which included Sanders supporters as well as Trump supporters.

“Fox reached out to various political and local groups in the area and mined requests to attend after it publicly announced the event. Fox said “hundreds” of people are on the waiting list,” Morning Call reported.