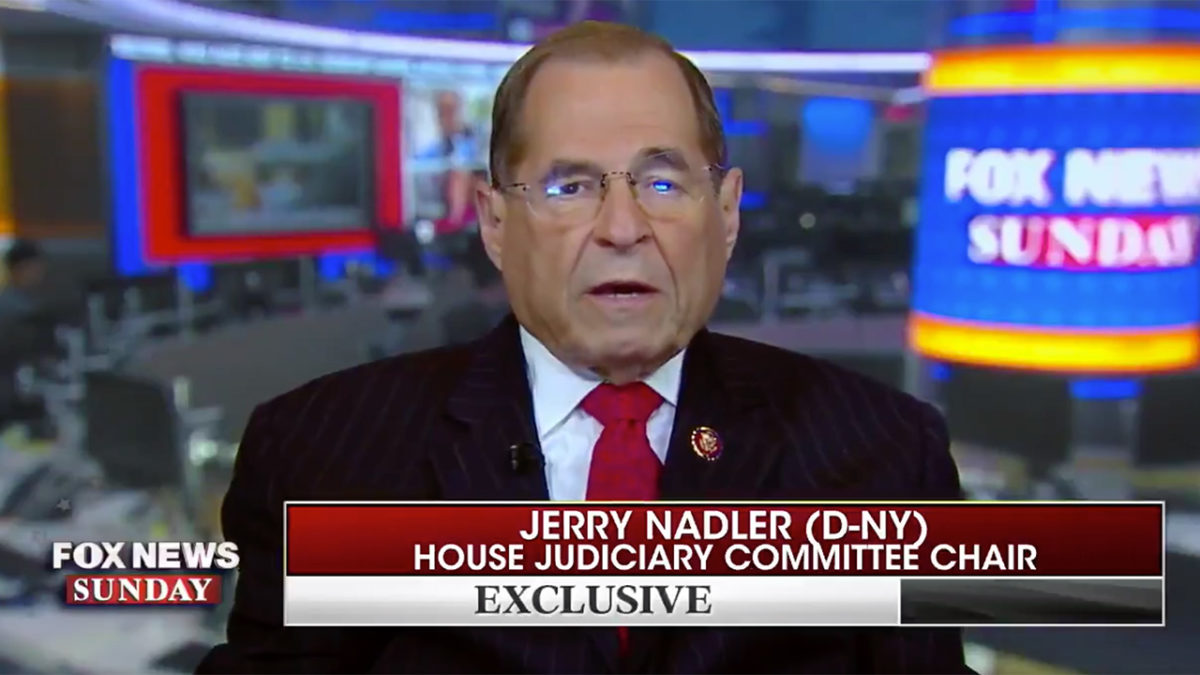 Nadler spoke with Fox News’ Chris Wallace ahead of this week’s highly-anticipated testimony from special counsel Robert Mueller and how big an impact it will have to hear Mueller speak directly on the report.

.@RepJerryNadler says he thinks the President is guilty of high crimes and misdemeanors #FNS #FoxNews pic.twitter.com/cbI07lytfw

Nadler said, “It’s important that we not have a lawless administration and a lawless president.”

Wallace asked him directly if he thinks the president is “guilty of high crimes and misdemeanors, the marker for impeachment by the House.”

Nadler responded, “I think there is very substantial––well, the report presents very substantial evidence that the president is guilty of high crimes and misdemeanors, and we have to present––or let Mueller present those facts to the American people and see where we go from there.”

You can watch above, via Fox News Sunday.