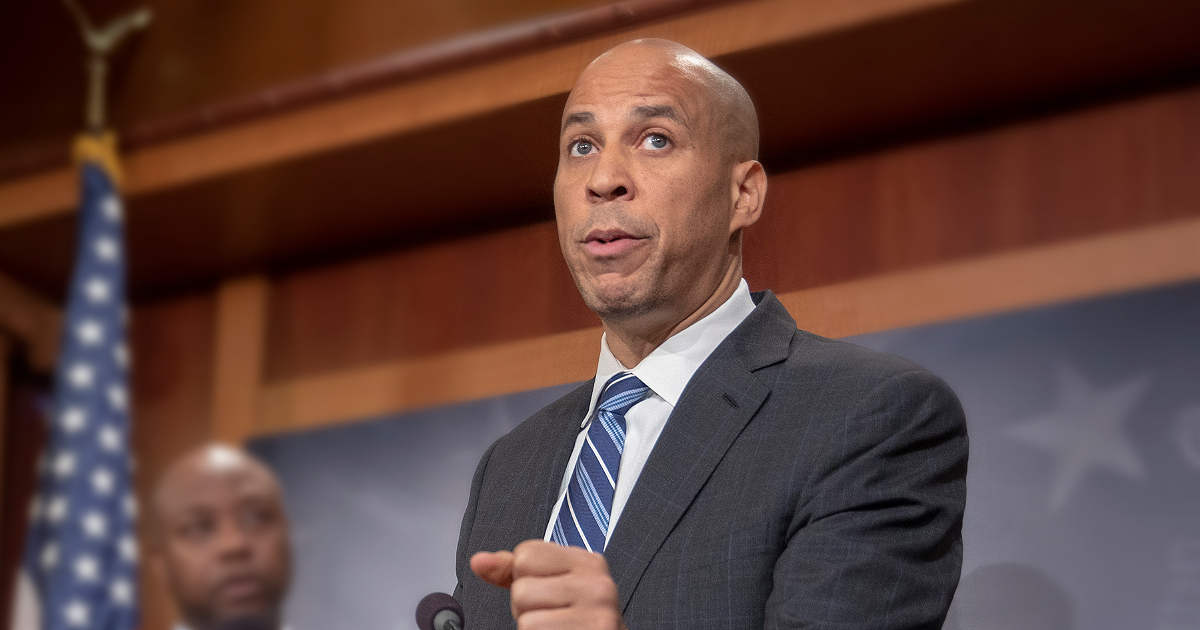 Presidential candidate Cory Booker‘s first fundraising total for his 2020 run for president is out, and it’s not promising for the Senator. He’s well behind the totals of his fellow high name-recognition candidates.

With just $5 million raised raised, it’s looking more like a “who is Spartacus moment” than the “incredible energy and enthusiasm” Booker cites in announcing the numbers.

Booker isn’t even at a third of what Sen. Bernie Sanders ($18.2 million) has pulled in. He’s slightly over 1/3 of the total amount brought in by Sen. Kamala Harris ($12 million).

In fact, he’s only at about half that of failed senate candidate Beto O’Rourke ($9.4 million), and isn’t even neck-and-neck former mayor Pete Buttigieg ($7 million). He is beating relative unknown Andrew Yang’s $1.7, though. (More here.)

The first quarter of fundraising ended on Friday, and not all the candidates have totals reported yet, though aside from the unofficial Joe Biden run, there aren’t many names as big as those who’ve announced their totals already.

Sen. Elizabeth Warren‘s fundraising total will be one to watch, however. Not only a high profile campaign, Warren has sworn off all private fundraising events altogether. That’s a bold strategy, Cotton, let’s see if it pays off.