Chuck Schumer Slams Gingrich For Comparing FBI to Nazi Secret Police: Don’t ‘Ever Ever Try to Equate the Two’ 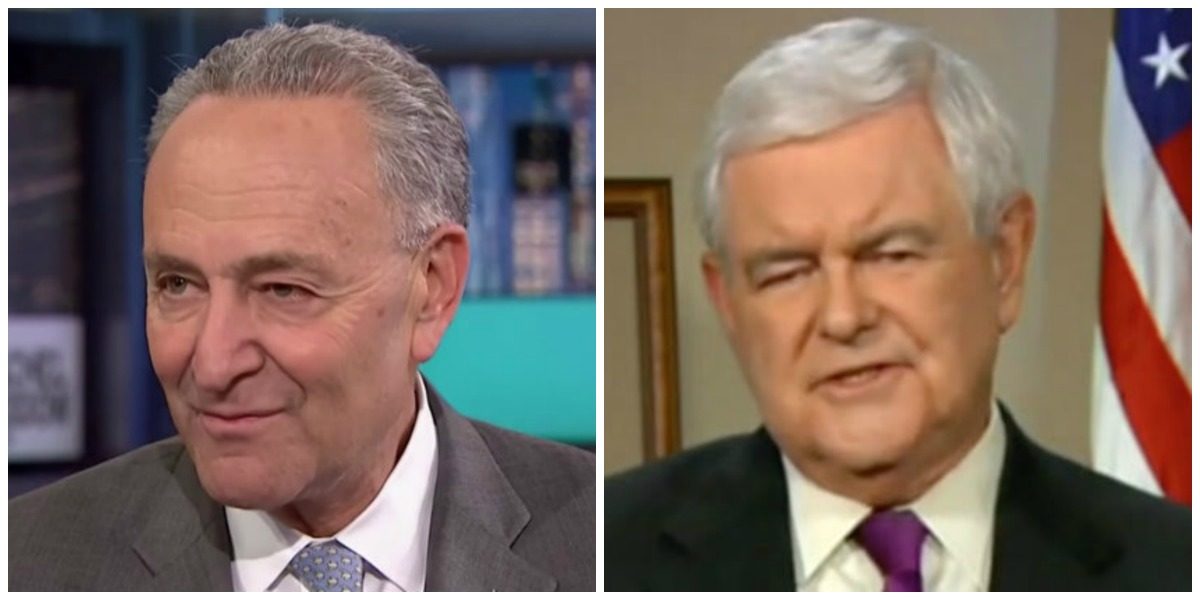 In a Fox and Friends appearance yesterday, former Speaker of the House Newt Gingrich went off on the FBI’s recent raid of Trump attorney Michael Cohen, directly comparing the bureau to Soviet dictator Joseph Stalin and the Gestapo, the Nazis’ secret police force.

Needless to say, Newt’s over-the-top characterization of the FBI wasn’t well-received by a number of folks. One person who wanted to make his displeasure with Gingrich’s comparison known was Senate Minority Leader Chuck Schumer.

The Gestapo rounded up and helped murder millions of Jews. The FBI did not. Do not ever ever try to equate the two. https://t.co/kjard5lJq8

As you can see in the tweet above, Schumer pointed out that the Gestapo “rounded up and helped murder millions of Jews.”

He added, “The FBI did not. Do not ever ever try to equate the two.”

While Gingrich hasn’t responded to the New York Democrat as of the time of this publication, he did appear to defend his comments earlier today, asking why people were defending “three am fbi raid on non-violent couple in their pajamas.” It would appear he is referencing the FBI raid of former Trump campaign chief Paul Manafort’s home last year.

Why do people defend three am fbi raid on non-violent couple in their pajamas? How would YOU feel if you woke up to armed men in bedroom?