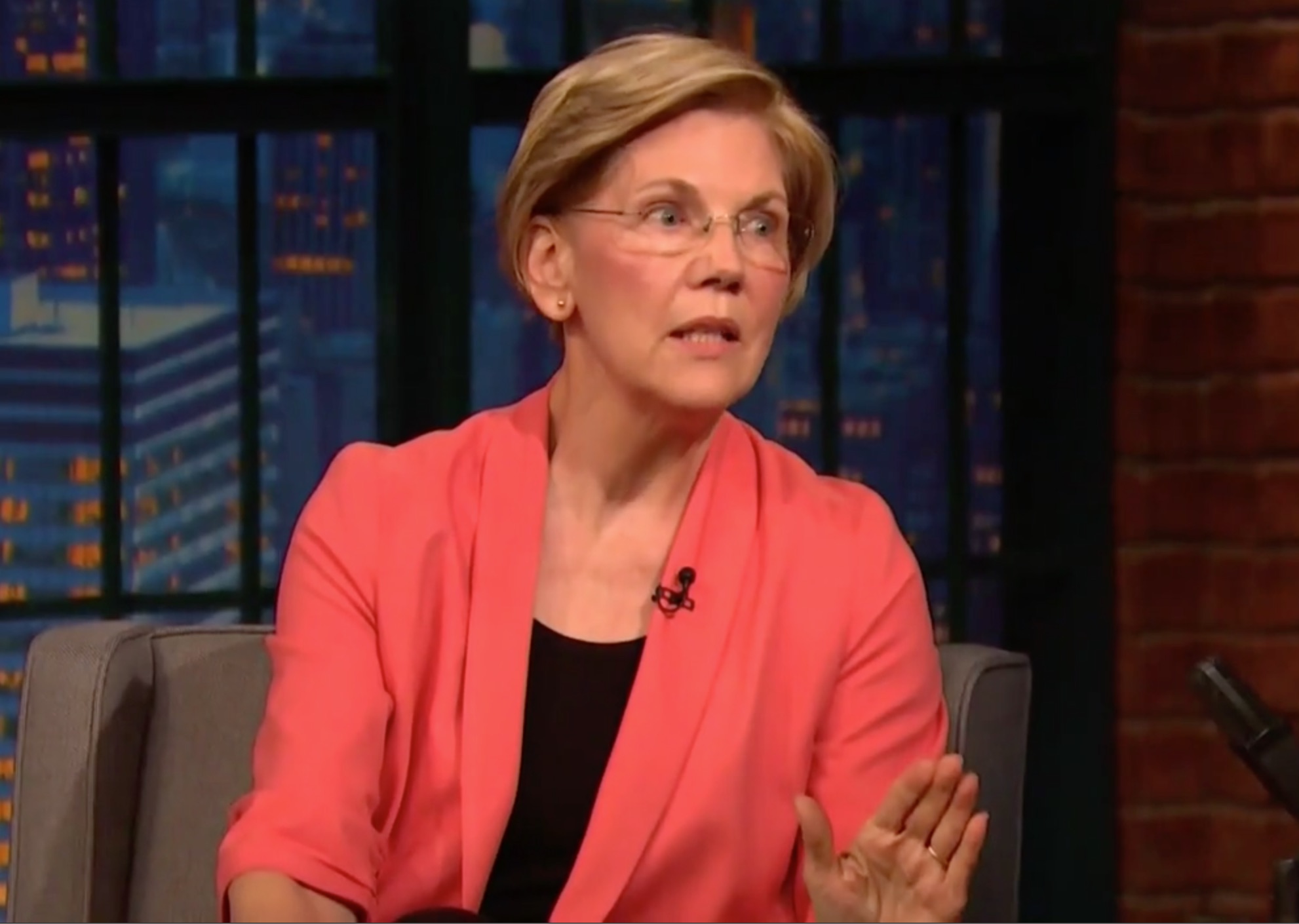 For some time President Trump has mocked Senator Warren’s claim to be of Native American ancestry — with what many see as the racially insensitive term “Pocahontas.” Last year Warren addressed doubts with a public DNA test that proved she, in fact, did have Native American bloodlines, though the percentage was low enough to merit more scorn from those who already were ridiculing her.

Thorp apparently shared the tweet with Warrren and tweeted her reply:

Just showed this tweet to @ewarren. Her response: “Yea, again, how about the president spends his time getting the government back open…” https://t.co/L4U6aDmq4Y

Asked how she’ll navigate attacks from Pres Trump on her heritage for the next two years, here’s what @ewarren said: pic.twitter.com/Z2hJ2GdCtJ