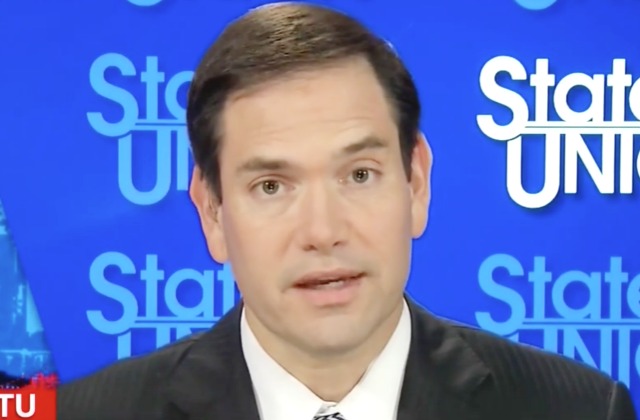 A recent Fox News exclusive report alleged that Sen. Mark Warner (D-VA) had been texting with a lobbyist who worked with a Russian oligarch, in an attempt to locate famed dossier-writer Christopher Steele.

It was an exclusive report, however, in name only, with even Fox News admitting that these text messages were not classified and were actually presented to the Senate panel in September of last year.

Now, a fellow member of the Senate Intelligence Committee has weighed in, calling the whole thing bunk.

Sen. Marco Rubio (R-FL) took to Twitter to reiterate that the panel already had this information and that it did not impact their work, which is to investigate possible collusion between the campaign of President Donald Trump and Russian interests.

Sen.Warner fully disclosed this to the committee four months ago.Has had zero impact on our work. https://t.co/bnmI2Thedt #FoxNews

“Sen. Warner fully disclosed this to the committee four months ago,” he wrote. “Has had zero impact on our work.”

Additionally, as previously reported by Mediaite, the article did not seem to link Warner and the Russian oligarch, merely the lobbyist, Adam Waldman. While Waldman’s firm, Endeavor Group, did file a report with the DOJ in 2009 to note they would be working with Russian billionaire Oleg Deripaska, he is far from their only client. Waldman has worked with Brad Pitt and Angelina Jolie, among others.