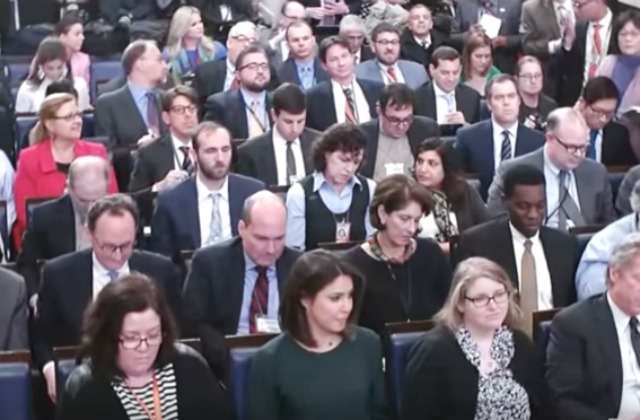 Press coverage of the Trump White House is becoming almost as big a story as the Trump White House itself. President Trump himself has continually lashed out at “fake news” and what he deems dishonest press outlets and even conservatives more skeptical of Trump have been stunned by what they consider over-the-top negative media attacks on the president, while Trump critics and liberals don’t think media outlets are being nearly as tough as they should be.

Well, a new poll from Gallup finds that, well, public opinion on the press’ treatment of Trump and his administration is pretty split.

36 percent overall say the press is too tough on the president, compared to 28 percent who say it’s not tough enough and 31 percent say it’s just right.

It probably won’t shock you to learn that when you break it down by party affiliation, a whopping 74 percent of Republicans think the coverage is too tough while only 9 percent of Democrats agree.