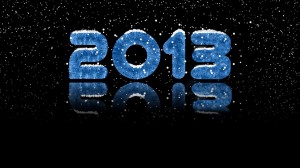 It’s that time of year once again, when we all mark the passage of another year by drinking bubbly liquids from skinny glasses, kissing someone at midnight, and promising to do a bunch of stuff that we’re not really going to do. While I really do hope I manage to quit smoking this year, and finally let people know where I stand on the issues of the day, there wasn’t much else to my list, so to kill the extra time, I’ve carried on a tradition that dates back year, and help the media and political figures on my beat with their New Year’s resolutions. Without further ado, I proudly present:

Jake Tapper: Think of a setup to the punchline “Tapper and Blitzer? I barely know her!”

Rachel Maddow: . Um… weep, for there are no more worlds to conquer?

Mitt Romney: Buy Etch-a-Sketch™; re-brand as “iPad for the iPoor”

Gen. David Petraeus: Get rid of my “The surge is working” boxers. Ebay?

Keith Olbermann: Demand more perks from the Countdown show I’ve been producing in my basement. Get fired.

Politico: According to a source with knowledge of the situation, Politico resolves to rely less on blind quotes.

Ron Paul: Go see Lincoln, see who they got to play me.

Mark Knoller: Remember to charge my razor this year.

John Boehner: Leverage debt ceiling for one or more of:

Sarah Palin: Begin successful Branson, Missouri run of new show “What a Country! That I Can See From My House!” with Yakov Smirnoff.

President Barack Obama: Do one or more of the following, just to mess with people:

Nate Silver: End every sentence with the word “bitches,” bitches!

Bob Beckel: Start charging people $5 a pop when they make me say “Fudgie the Whale.”

Chris Hayes: Do entire episode of Up with Chris Hayes in Latin.

Sean Hannity: Do entire episode of Hannity in Pig Latin.