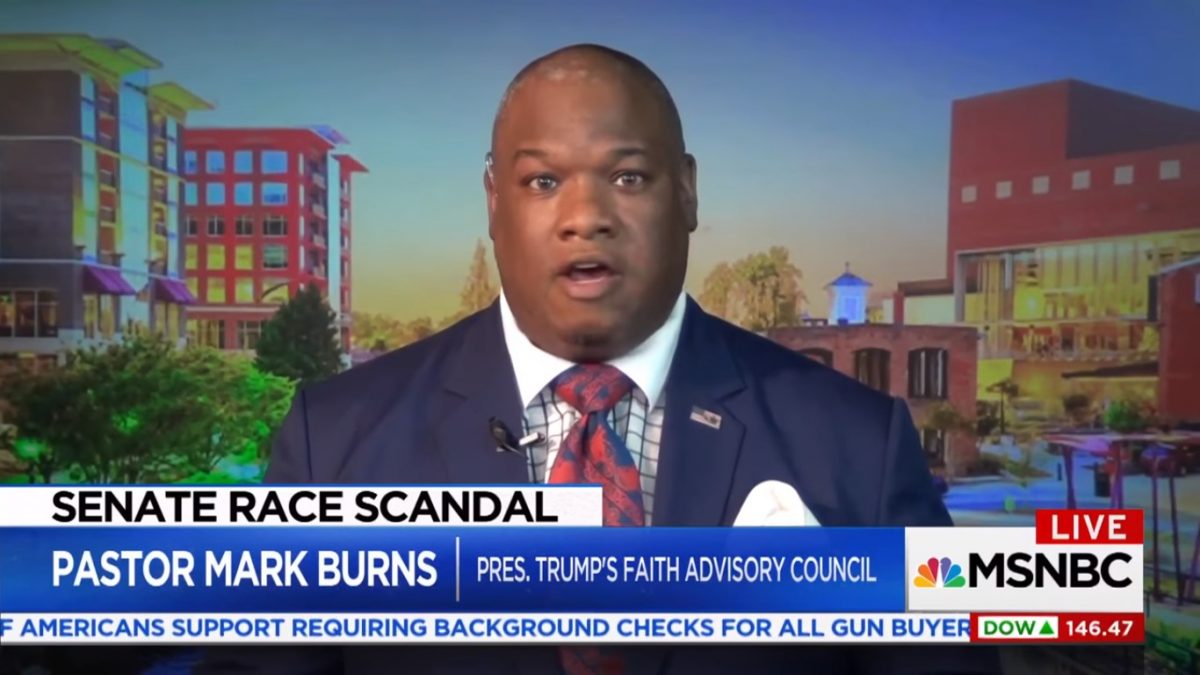 Remember Pastor Mark Burns? He’s the prosperity gospel evangelist who glommed onto Trump during the 2016 election and was exposed for lying about his education and military service, leading to his memorable walkout of a CNN interview. Recently, he’s gained notice for his off-the-rails TV segments in which he defended accused pedophile Roy Moore and the president’s “shithole countries” remarks.

He’s back in the news. Why? He’s running for Congress.

Speaking to Bloomberg News, Burns confirmed that he’s running as a Republican for the South Carolina seat that has suddenly become open due to Trey Gowdy’s surprising announcement that he’s retiring. His first campaign video was uploaded to YouTube early this morning, along with a link to donate to his campaign.

He also said that as “a black man,” he’ll be able “to say what white politicians cannot say because they don’t want to be labeled a racist.”

When it comes to the possibility that his opponents will hit him with negative ads over his bio embellishments and TV appearances, Burns merely said “bring it on.” “You guys in the media try to do the same thing to Trump,” he noted.