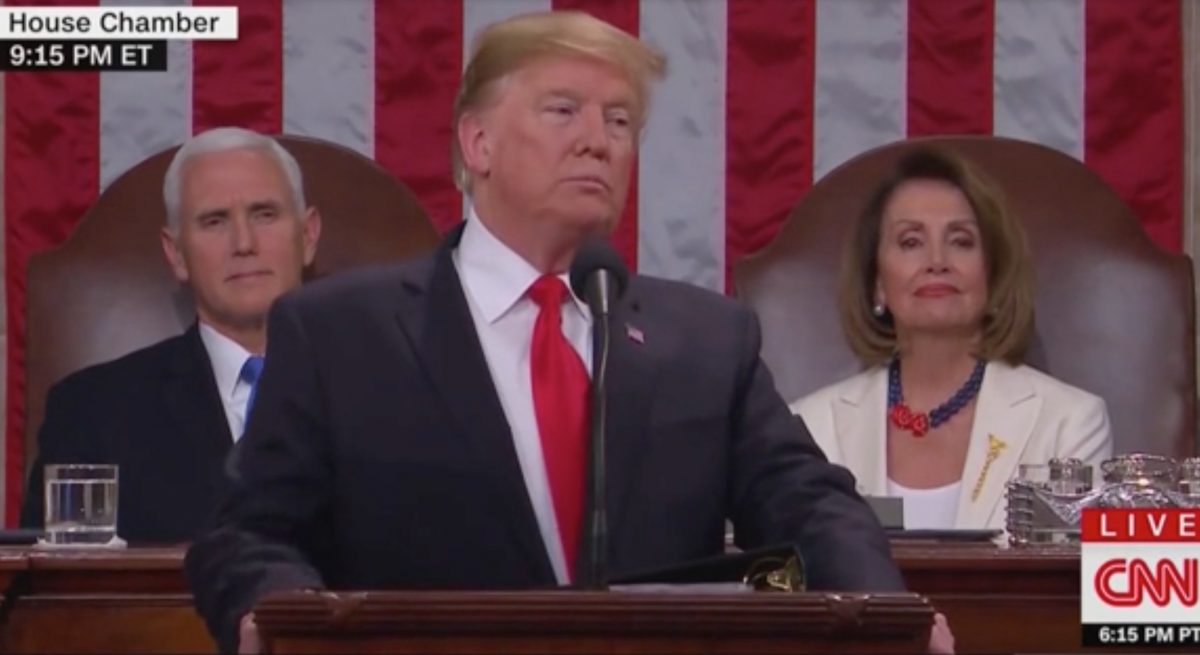 The very ratings-conscious President Donald Trump will probably be happy with his State of the Union, which blasted past last year’s numbers — particularly on Fox News, which notched a whopping 11 million viewers for the event.

Early Nielsen ratings picked up by CNN show that the viewership of Trump’s speech is up from both of his previous addresses before Congress. While online streaming and other forms of viewership are still being tallied, the data currently suggests that about 32 percent of American households were tuned in for the president’s message. This is a boost from 2018, when Trump’s SOTU speech had a 30.7 percent rating with about 45.8 million viewers.

Fox News had the highest levels of viewership for the event, drawing 11 million total viewers and 2.8 million in the 25-54 demo. By comparison, NBC had 7.1 million viewers,  CBS had 6.7 million, MSNBC notched 3.8 million and CNN got 3.4 million.