Schumer, Pelosi Hammer Trump Over Shutdown: He Got ‘What He Wanted’

Schumer, Pelosi Hammer Trump Over Shutdown: He Got ‘What He Wanted’ 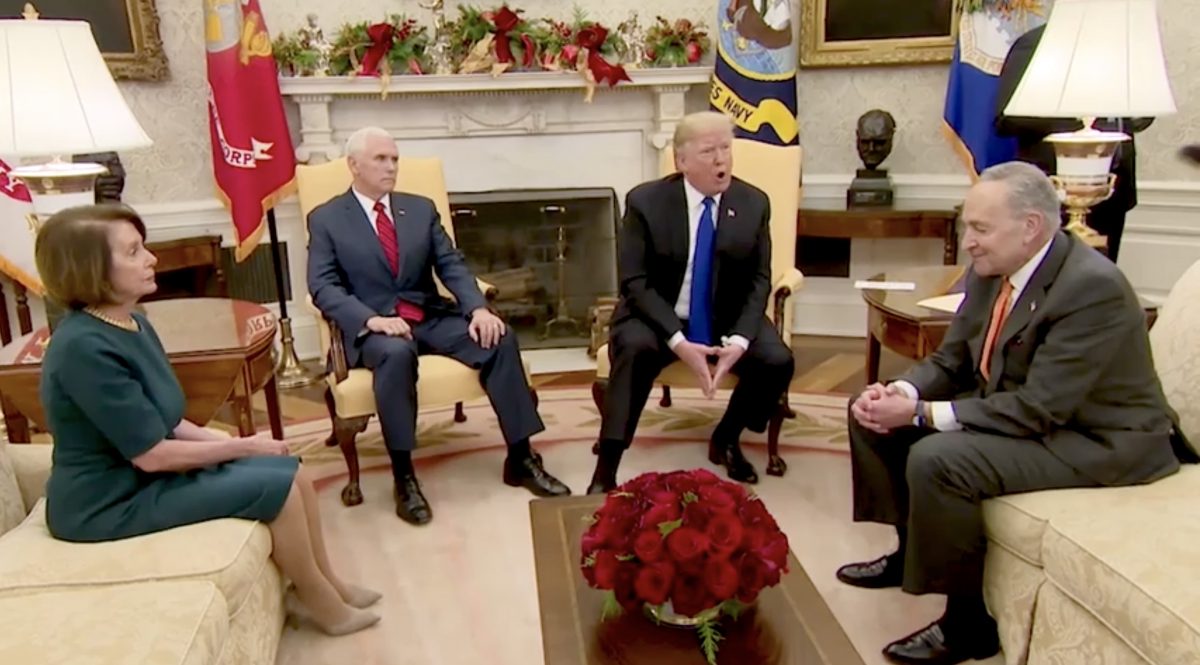 In a joint statement issued shortly after the government entered into shutdown mode at midnight, Democratic leaders Sen. Chuck Schumer and Rep. Nancy Pelosi slammed President Donald Trump for his “temper tantrum” that helped push the nation into the third shutdown in two years.

“Regrettably, America has now entered a Trump Shutdown.  Republicans control the House, the Senate, and the White House.  But instead of honoring his responsibility to the American people, President Trump threw a temper tantrum and convinced House Republicans to push our nation into a destructive Trump Shutdown in the middle of the holiday season,” the early Saturday morning joint statement reads.

The statement continues on: “President Trump has said more than 25 times that he wanted a shutdown and now he has gotten what he wanted.”

On Friday, Trump blamed the Democrats for a shutdown and warned it could last for a “very long time.”

The Democrats, whose votes we need in the Senate, will probably vote against Border Security and the Wall even though they know it is DESPERATELY NEEDED. If the Dems vote no, there will be a shutdown that will last for a very long time. People don’t want Open Borders and Crime!

Negotiations are set to continue over the weekend. The Democratic leaders have vowed if no resolution is reached by the new year, “the new House Democratic majority will swiftly pass legislation to re-open government in January.”