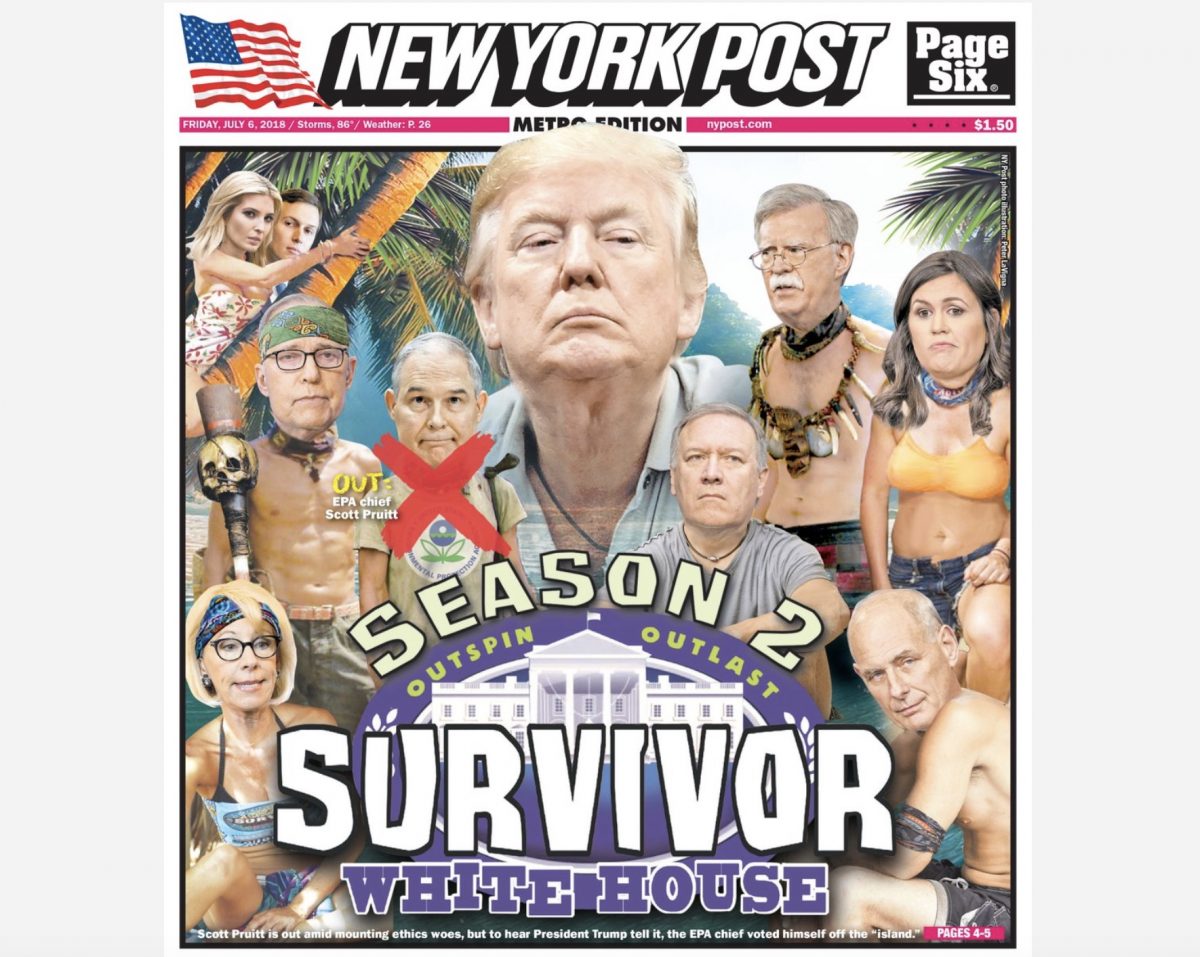 The New York Post has brought back its Survivor cover for Season Two to mark the departure of EPA head Scott Pruitt.

Back in July 2017 they brought out the Survivor theme to mark Anthony Scaramucci‘s abrupt exit.

That cover was actually a follow-up of this cover:

Here is another cover from Season One when Rex Tillerson was axed:

Now, the Post is at it again with this cover featuring a bikini-clad Sarah Sanders and an “x” over Pruitt, who is standing next to Trump.

Tomorrow's cover: EPA chief Scott Pruitt is out — and we're back for Season 2 of Survivor White House https://t.co/BWD005eG5T pic.twitter.com/inFXZU2WKQ

The Post is not the only paper dedicating their cover to Pruitt’s exit on Friday.

The New York Daily News, while somewhat subdued in comparison, is running with this cover declaring, “Slime’s up for scandal-scarred Swamp Thing Scott Pruitt.”