Trump: ‘I Wouldn’t Say I’m a Feminist’
UHHH YA THINK 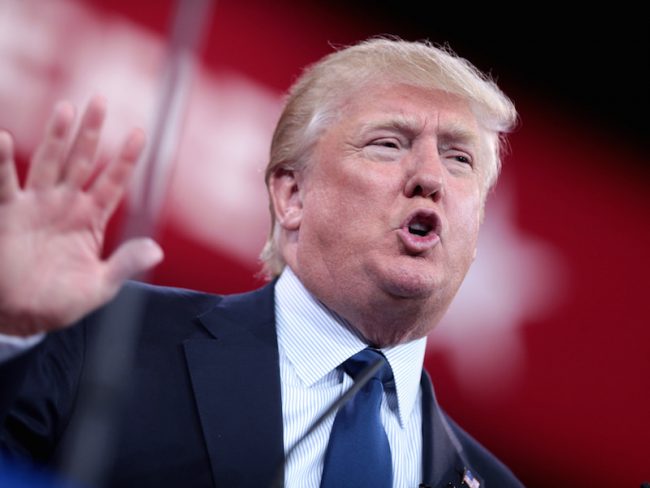 President Donald Trump finally announced that he is not actually a feminist.

The president reportedly made the statement denouncing feminism in an interview with UK-based pundit Piers Morgan — one of Trump’s biggest fans across the pond. In a teaser for the interview that will air on Sunday, Morgan posted the following quote:

BREAKING NEWS:
President Trump has declared he is NOT a feminist.
He tells me: ‘No, I wouldn’t say I’m a feminist. I mean, I think that would be, maybe, going too far. I’m for women, I’m for men, I’m for everyone.’
Full interview, Sunday, ITV, 10pm. pic.twitter.com/GCviovNb6o

Of course, before this quote, Trump has long been noted for his less-than-feminist actions, especially considering his famous “grab ’em by the pussy” quote is an open admission of sexual assault. However, these anti-feminist comments are particularly timely as misconduct against women gains more attention in the #MeToo media era.

Additionally, numerous women have accused the president of sexually harassing or assaulting them. He has vehemently pushed back against the claims.