Fox News’s John Roberts Reacts to Trump Tweet: ‘That Makes Me an Enemy of the State’ 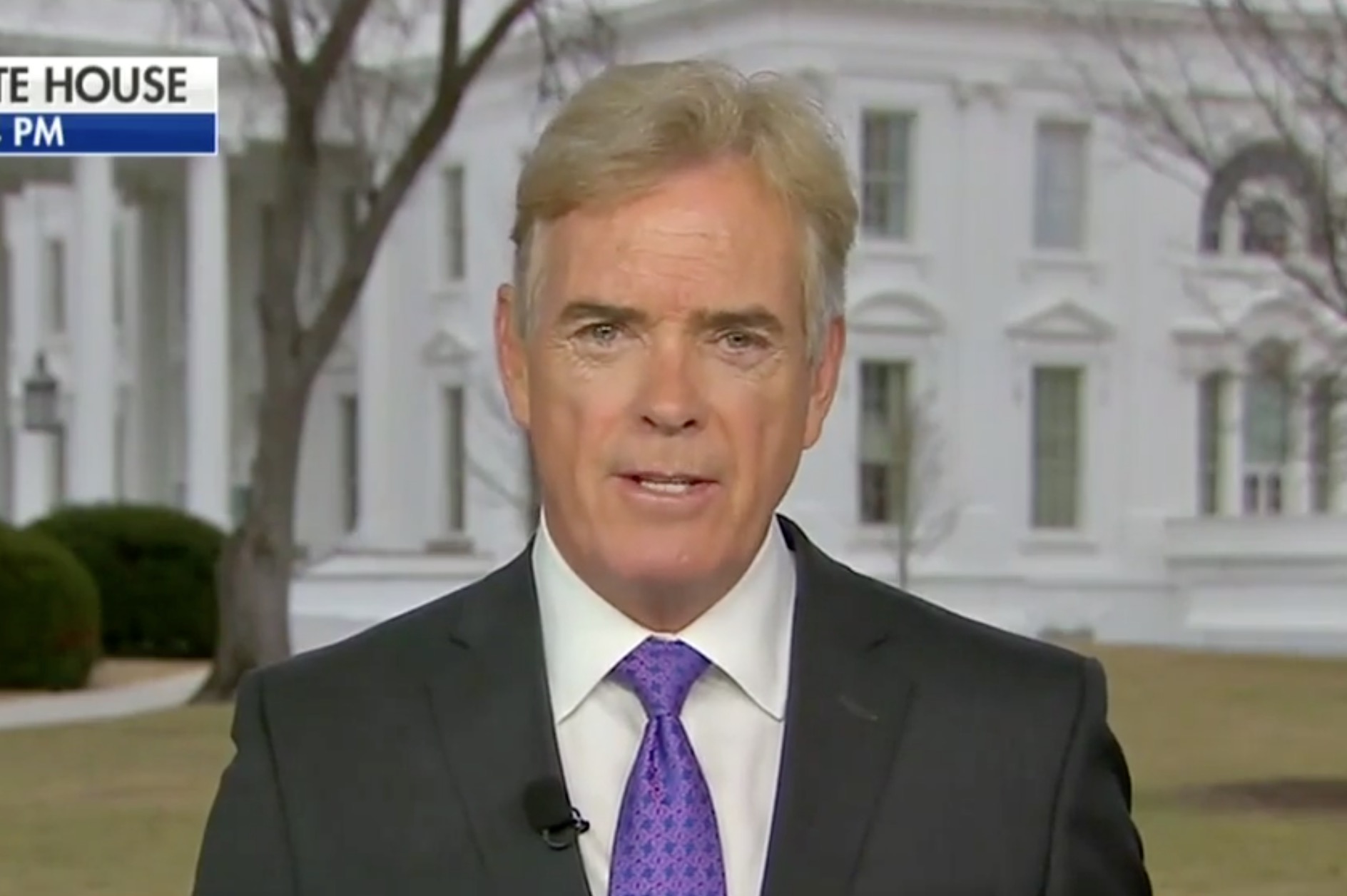 As President Donald Trump continues to hammer the press over the ongoing firestorm from his Vladimir Putin summit, John Roberts has duly-noted that he’s being lumped in with the so-called “enemy of the people.”

Trump railed against his critics today by once again decrying the “Fake News Media” for their negative coverage on his Helsinki press conference and his repeated walk backs on whether or not he accepts intelligence findings about Russia’s 2016 election-meddling. Trump also claimed that he has acknowledged Russia’s actions “MANY TIMES,” even though he’s been wishy-washy about it ever since the summit, and still thinks other countries might actually be responsible.

Several Fox News figures have offered varying degrees of criticism for how Trump handled things over the last few days, and since Roberts is the network’s Chief White House Correspondent, Trump must be calling him an enemy too as a member of the media:

President Trump doubles down on his “fake news media – enemy of the people” mantra for reporting that his meeting with Putin was widely panned by members of his own party. That makes me an enemy of the state. https://t.co/TrsfmVKJYj

The journalists of Fox News are increasingly pushing back against the President’s tirades, though that trend has not remotely touched their more opinion-based programming.