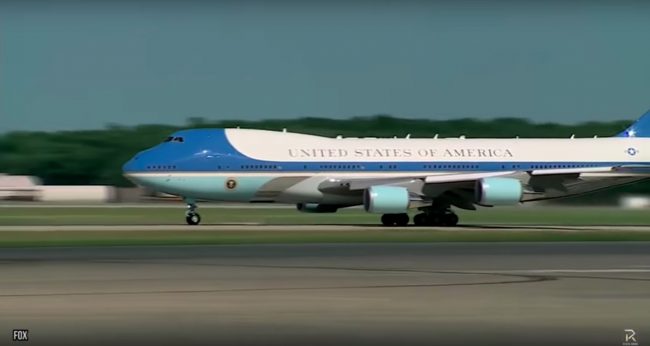 Talk about a fresh installment.

According to Defense One, two refrigerators on Air Force One are being replaced to the tune of $24 million.

The plane is outfitted with five mega fridges so that 3,000 meals can be stowed onboard. Two of those five fridges being out means that only 1,800 meals can currently be stored.

“Although serviced on a regular basis, reliability has decreased with failures increasing, especially in hot/humid environments,” Ann Stefanek, an Air Force spokesperson, told Defense One. “The units are unable to effectively support mission requirements for food storage.”

The fridges have been going strong since 1990, when Boeing first gifted the Air Force with the plane. Not a bad shelf life for a fridge.

As for the gigantic price tag, vice president of analysis at consulting firm Teal Group Richard Aboulafia explained that Air Force One’s unique requirements can result in huge costs for upgrades and equipment.

“It’s not a contractor issue, it is a requirements issue,”Aboulafia told Defense One. “It’s not getting people rich.”

The new fridges are expected to be up and running on Air Force One by October 2019. Have a safe flight, little airline meals.