Mediaite Presents 2011 New Year’s Resolutions For Everyone Else 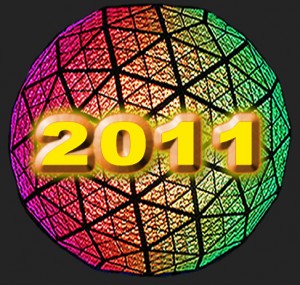 The New Year is here, and with it, the annual exercise in futility that is the New Year’s Resolution. As you stare into the abyss of another 365 days in which to improve yourself, it might help you to know that the figures who make Mediaite go ’round have some things to work on, too. Here’s what we think some of them are saying into the mirror this morning.

So, before you try to shake off that Cold Duck and Four Loko hangover, and blearily search for a gym membership you can get out of when you get tired of it after 3 sessions, why not check out our list of New Year’s Resolutions for Everyone Else?

Chris Christie: Cancel the living shit out of my vacation.

Time Magazine: Check into this “MySpace” phenomenon. Person of the Year=Tom? 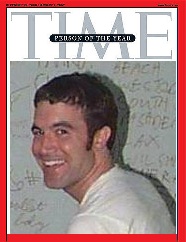 Barack Obama: F**k it, I’m getting a Birth Certificate tattoo.

Michael Vick: Ask Tucker Carlson why he’s doggin’ me. What, too soon?

Conan O’Brien: Find out what channel my show is on.

Bill Clinton: Make sure I block the exits to the White house briefing room.

Michelle Obama: Get Lady Gaga to make her next dress from the White House vegetable patch.

Michelle Obama: Stop sending Sarah Palin the Vegan Cookbook of the Month. It just seems to piss her off.

Sarah Palin: Pretend I knew all along that “Sarah Palin’s Alaska” didn’t literally mean that I owned Alaska.

Sarah Palin: Double-check with lawyers that I don’t actually own Alaska.

Jake Tapper: See if I can get people to start calling me “Jake Twitter.” Because I’m on Twitter a lot.

Robert Gibbs: Will pay special attention to the 4th and 5th rows this year.

Kanye West: Sue the direction “West.” Because I can.

John McCain: Welcome any and all comers to my lawn.

John McCain: Teach Learning Annex course on how to “Dag-Nab” a variety of things.

Demon Sheep: Finish the “I am not a demon, I am you” ad. Eat only high-fiber, low carb souls.

Glenn Beck: Continue preparations for arrival of the Mothership.

Keith Olbermann: Figure out how I can trademark the word “Sir.” Also, write Special Comment about people with honorary knighthoods. Lol.

Rachel Maddow: Have my producer bleep me when I say “bull-pucky.” Too cute by half.

Tommy Christopher: Fall off of something tall, and live-tweet it. Survive.