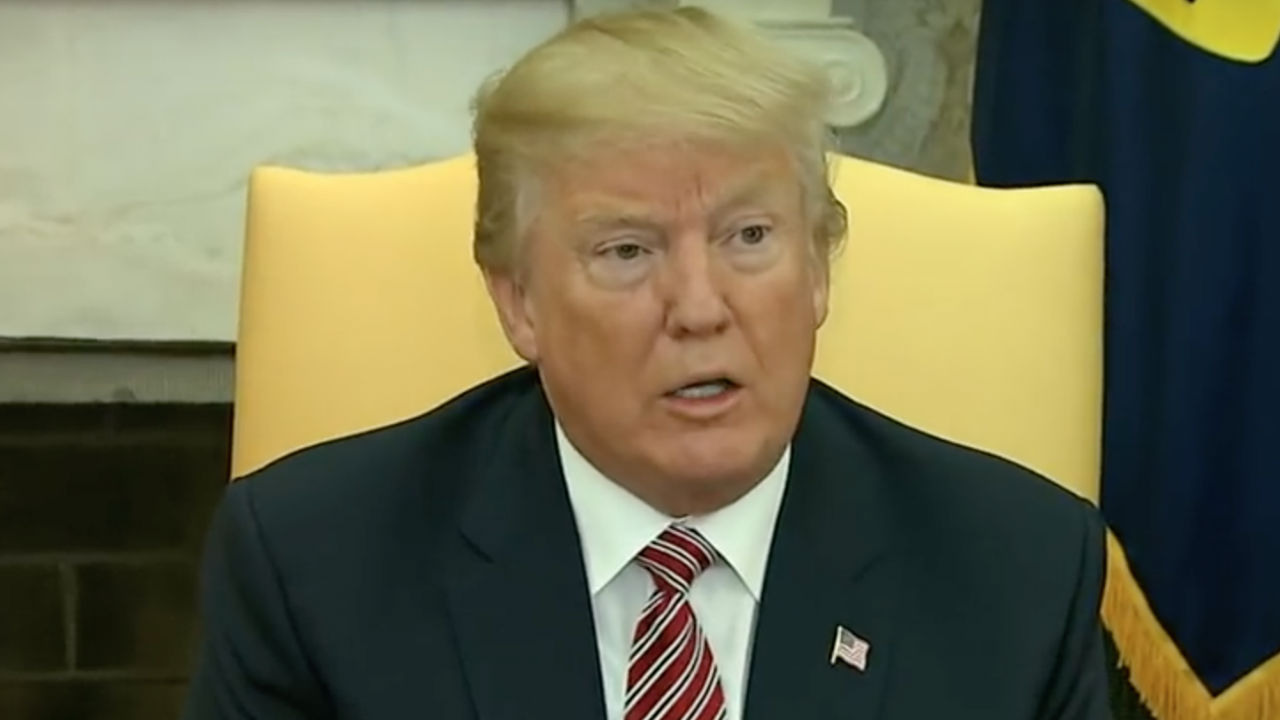 Who knew President Donald Trump bore such a resemblance to Miley Cyrus?

The Economist‘s latest cover features an extra dose of snarkiness, depicting a cartoonized version the president swinging atop a wrecking ball intended to be planet Earth. Just as Cyrus does in her infamous “Wrecking Ball” music video, Trump is shown clutching the attached chain, tossing back his mop of golden hair and sporting a pair of burgundy Doc Martens.

Above the statement-making illustration is a headline that reads, “America’s Foreign Policy.”

Even if Donald Trump strikes a deal with North Korea, his foreign policy will harm America and the world. Our cover this week pic.twitter.com/g36Xo7xQd4

While the cover certainly speaks for itself, this isn’t the first publication to take aim at the president’s behavior. For its June 18 issue, TIME magazine will feature an illustration of Trump in front of a mirror, staring into a reflection of himself suddenly transformed into royalty. The headline, in all caps beneath the image reads, “KING ME.”

TIME revealed the cover in an animated tweet Thursday, calling out the president for his “damaging American democracy” and stating that his “campaign to discredit the Russia investigation may be working.”