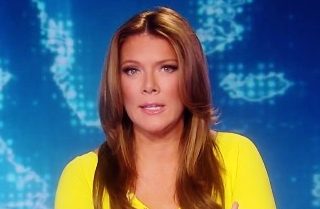 According to a report from Business Insider, former Fox News bigwig Roger Ailes was personally grooming Fox Business host Trish Regan to take over for Megyn Kelly if necessary at the 9 P.M. slot.

BI’s Oliver Darcy reports, citing multiple sources, that Ailes first began preparing Regan for the role ahead of contract negotiations with Kelly last year. Regan only joined the network in 2015, after hosting shows on Bloomberg and CNBC.

Those same sources tell Darcy that if Ailes was still at Fox News, Regan would “almost undoubtedly” be named Kelly’s successor today in the wake of her departure for NBC News. It remains to be seen who will fill the role, but the sense within Fox is that it will likely be a woman to avoid an all-male primetime line-up.

Ailes is of course not still at the network, having been forced out in 2016 after allegations that he sexually harassed several of Fox’s female employees. Kelly played a key role in his ouster, when she told third-party investigators that Ailes harassed her on multiple occasions.