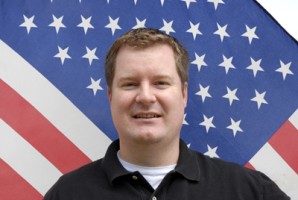 On the heels of a New York Times article in which Firedoglake founder Jane Hamsher praised CNN’s hiring of Redstate chief Erick Erickson, a pretty intense Twitter fight broke out in which Hamsher continued her defense of Erickson. In the process, she denounced Media Matters, and got a minor assist from Morning Joe host Joe Scarborough. They all seem to have missed the point.

Media Matters’ Oliver Willis took Hamsher to task regarding this quote from the NYT piece:

Jane Hamsher, the publisher of the liberal blog FireDogLake, said that many bloggers like Mr. Erickson test rhetorical limits, but “that’s no reason to keep him off the air.” Ms. Hamsher said she would rather debate Mr. Erickson, whom she called an “honest broker,” than an opponent reciting prescribed talking points.

It took awhile, but after several hours of tweets, she began to respond, reinforcing her original quote: “…(Erickson) is sincere in what he believes, even if we don’t agree on much. He’s not a liar.”

She then accused Willis, and Media Matters, of mis-attributing a quote to her, before drawing Scarborough in: “Unlike @MMFA & @owilllis, I don’t think ppl with different opinions than me like @JoeNBC & @ewerickson should be purged from TV.”

Joe Scarborough, for his part, had already tweeted about the Erickson piece, observing that the Redstate chief is “no friend of the corrupt GOP Establishment. He also responded to Hamsher by saying “An open mind! What a precious thing to possess in these days of hate and rage. Reasoned debate moves us forward as a country.”

Willis and Hamsher continued to trade barbs for several hours, with Willis opining that Erickson is a “foul-mouthed hooligan who infects our culture,” and Hamsher responding that Media Matters is no better. As Willis noted, though, there are orders of magnitude of difference here.

Everybody involved is at least a little bit wrong. Hamsher’s strongest point is that Erickson is superior to a PR flack who just recites talking points, but he is definitely not an “honest broker.” But neither are Hamsher and Media Matters. They all start with a conclusion, then manipulate or create facts to support it.

In Erickson’s case, I don’t follow his work all that closely, and yet I can think of several outright lies off the top of my head. He lied straight to Stephen Colbert‘s face about White House adviser Linda Douglass, then was called out for it by Douglass herself. In defending his infamous “pull a shotgun on a census worker” remarks, Erickson claimed that census workers were threatening people with jail, when his own source material said no such thing.

Hamsher, meanwhile, drew the ire of many progressives when she led a last-minute assault on the health care reform bill. In trashing the bill, she invoked the $80 billion PhRMA deal, with which she had no problem six months earlier, when she was still on board. (See updates)

Media Matters, which does excellent work curating right-wing lunacy, has also decided to wage a dishonest, scattershot campaign against this site. While they began by making some fair points, they were last seen twisting themselves in knots trying to explain how our mention of retracted Elena Kagan rumors differs from their mention of our mention. Such is the nature of watchdogs, sometimes they don’t care who they bite.

Having said all of that, Hamsher is absolutely right that a TV landscape rid of anyone who ever screwed up or acted recklessly would be a barren, dull wilderness. Recklessness is the coin of the hyper-partisan blogger’s realm, and anyone who graduates it is going to have some skeletons in the closet.

My problem with the CNN job isn’t Erickson, he’s just being himself. I’ll certainly take him over MSNBC’s Pat Buchanan any day. My problem was with CNN’s above-the-fray pose. They can’t hire a guy like Erickson, then pretend to be the down-the-middle safe haven for “real journalism.” They need to admit they’re in the opinion journalism business as surely as Fox and MSNBC are, and there’s nothing wrong with that.

Update: Jane Hamsher has taken offense at part of my post, so allow me to clarify further. My point about Hamsher was that she used the PhRMA deal to condemn the health care reform bill when it suited her, but had no objection to it six months earlier when arguing for the bill with Jillian Bandes. You can see the clip here. She is correct to point out that, in the interval between the two, she did express opposition to the PhRMA deal. It is possible that Hamsher was completely ignorant of the deal in July, when that clip was filmed. If so, I apologize. I gave her more credit than that, and she didn’t object when I published that piece in December.

There are many better examples of this, but I chose to use this one, and only this one, because my aim was not to trash Hamsher, but to illustrate a pretty non-controversial point, and because this was one of the few pieces of bullshit that Ezra Klein hadn’t already picked up on. Hamsher’s anti-reform rant was chock full of half-baked stats and overheated talking points.

Ironically, her rebuttal provides an even better example of the point I was trying to make. She writes a lengthy response to me and my post, then trashes Mediaite for its handling of the National Enquirer story, but omits the fact that I wrote a lengthy criticism of that very story. (Interestingly, Media Matters tried the exact same thing, but had the class to correct it.) It is that kind of factual manipulation that I was attempting to illustrate. Partisan bloggers have no duty to be fair.

As distasteful as I found Hamsher’s tactics, I still agree that leaving the public option out of the bill was a major mistake that severely damaged its value. I also reported fairly on her alliance with Grover Norquist, and defended her when her use of PAC contributions were questioned. This was not about trashing Jane Hamsher. It was about fairness.

Update 2: Jane Hamsher says she didn’t know there was any problem with the PhRMA deal when she made that TV appearance. I went back to June of 2009 on Firedoglake, and sure enough, there were no stories about the PhRMA deal, so I’ll take her at her word there. It honestly never occurred to me that she just didn’t know. While my words were technically accurate, they conveyed an unfair impression based on a faulty assumption.

Even granting that, though, I stand by my original point, as buttressed by her response. Not only did she omit my response to the National Enquirer story, she also claims that the New York Times “reported the existence” of the PhRMA deal on August 9, 2009. This is inaccurate. The existence of the PhRMA deal was “reported” on June 20, 2009, by the White House. Hamsher knows this. These are the small bits of fudge that flavor advocacy journalism. Again, I don’t think this is a controversial point.