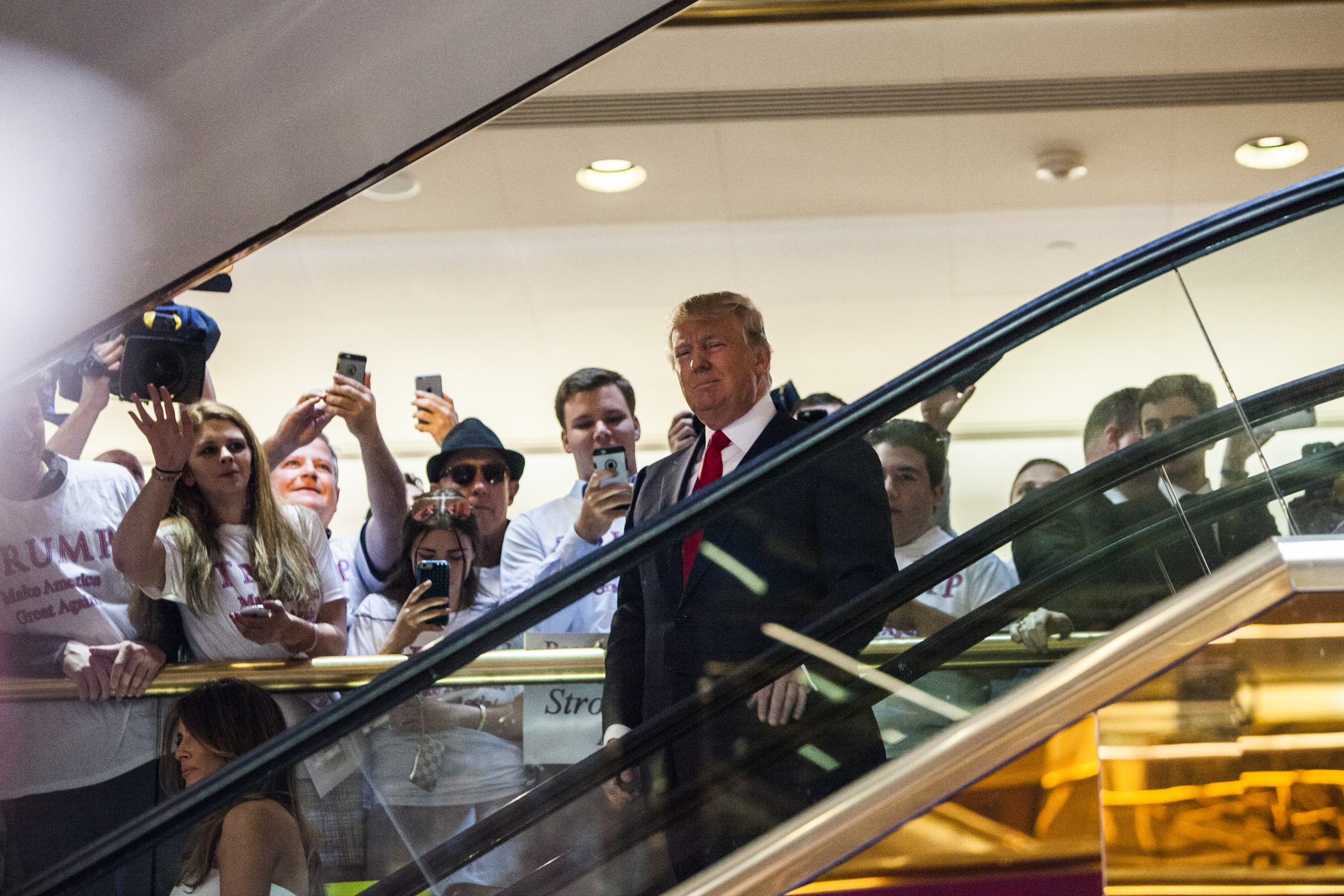 President Donald Trump‘s 2016 campaign launch was nothing if not a glitzy affair — with the mogul making his way down the golden escalator at Trump Tower, and announcing a candidacy which, unbeknownst to many watching at the time, would go on to make history 18 months later. But according to a new report, the Trump campaign might actually have scaled-back on that kickoff event.

The Washington Post, in a piece published Monday, delved into the 2016 Trump launch. And they found that several in the Trump camp wanted to hold nothing back — with former Trump attorney Michael Cohen among those who wanted the event to include bikini-clad showgirls and elephants.

From the Post‘s report:

Some in Trump’s orbit — including Michael Cohen, Trump’s then-fixer and personal attorney who is serving a three-year prison term for tax evasion and campaign finance violations, among other misdeeds — pushed for a circuslike spectacle, complete with real elephants and women in bikinis.

The voice of reason? Former Trump campaign manager Corey Lewandowski. The Post reports that Lewandowski arranged for a “more professional backdrop,” with a row of American flags on stage behind Trump.

“I said we are going to make sure it looks like Donald Trump is running for president of the United States, down to the blue suit and white shirt,” Lewandowski said — according to the Post.