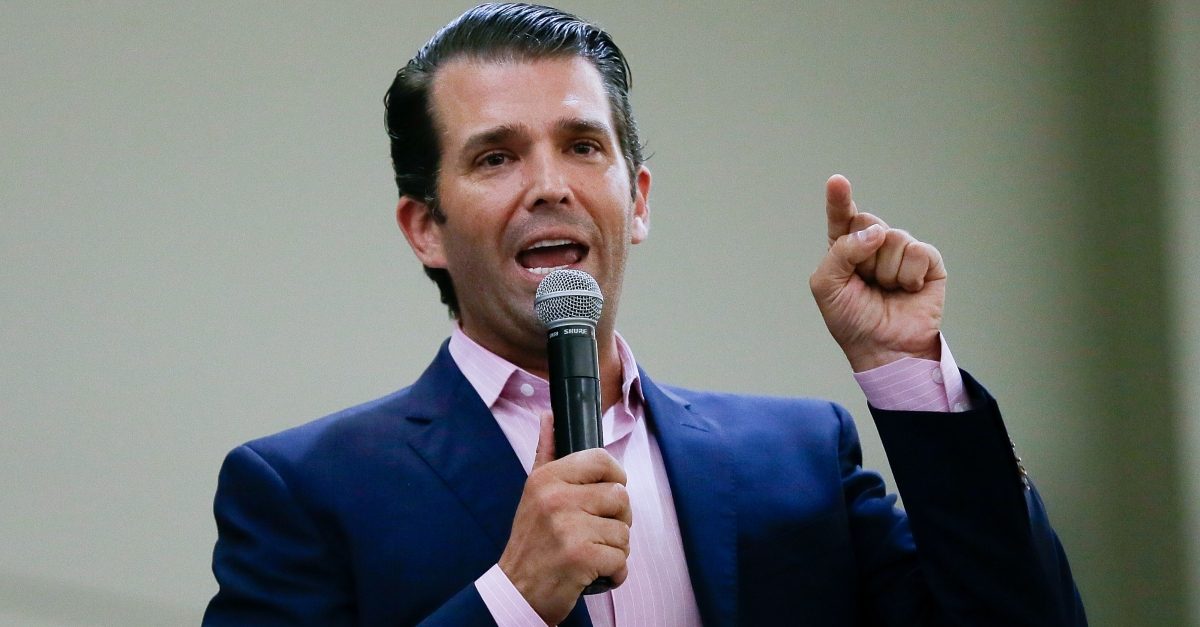 The White House is currently facing off with the Democratic-controlled House of Representatives over subpoenas, but a new report says the Senate Intel Committee has issued a subpoena to Donald Trump Jr.

Axios broke the news this afternoon that the committee subpoenaed Don Jr. “about his previous testimony before Senate investigators in relation to the Russia investigation”:

It’s the first congressional subpoena — that we know about — of one of President Trump’s children… A Senate Intelligence Committee spokesperson told Axios: “We do not discuss the details of witness engagements with the Committee. Throughout the investigation, the Committee has reserved the right to recall witnesses for additional testimony as needed, as every witness and witness counsel has been made aware.”