Nine Wildest Cable News Moments From the First Half of 2019 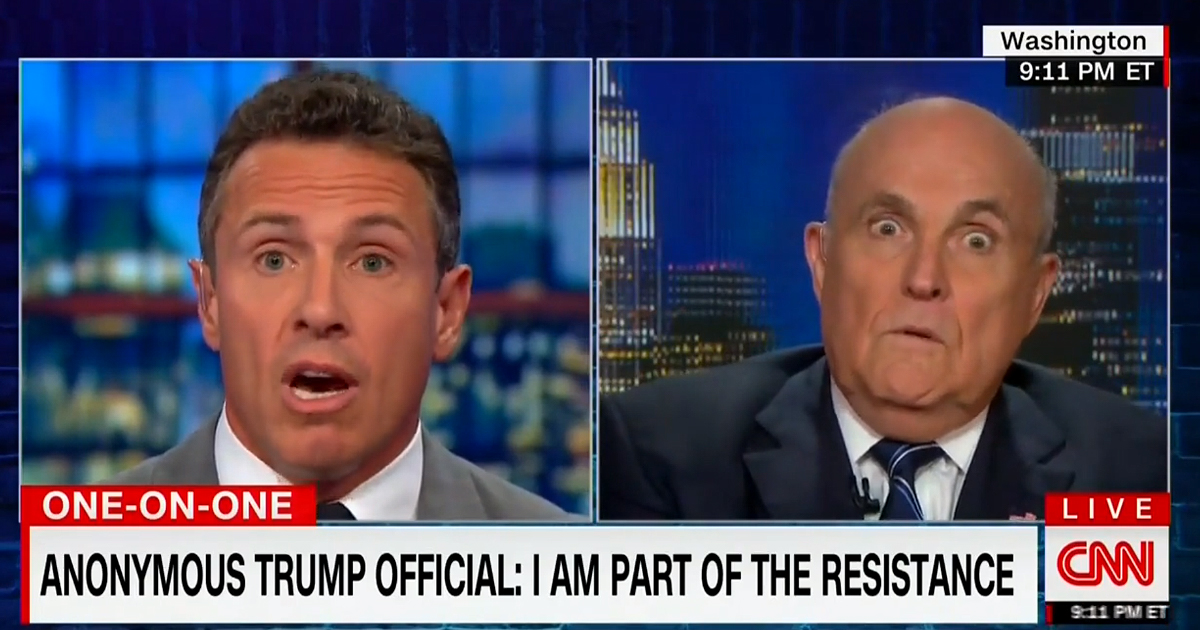 We’re now a little over halfway through 2019, and with so much news to look forward to (more debates/Mueller time/etc.), we thought it would be instructive to review some of the wildest cable news moments of 2019 thus far.

A lot of crazy things happen on cable news every day so something you may think belongs on the list may not be here. If this was just a list of every wild, insane, hyperbolic, etc. thing that happened on TV this year, this post would never end.

So with that in mind, here are some of the wildest cable news moments of 2019 (so far):

One of the biggest cable news moments of the year never even made it to air. Tucker Carlson invited historian Rutger Bregman onto his show to discuss his viral tax comments at Davos, but Bregman ended up calling out Carlson — leading the Fox News host to embark on a profane rant against him. Highlight: “why don’t you go fuck yourself, you tiny brain.” After recorded video from the interview was leaked and widely shared online, Carlson said he regretted being rude but didn’t like Bregman telling him he listens to his “corporate masters.”

2. Ari Melber and the Mueller-ettes

What’s better than an interview with one key Mueller witness? What about four? Because that’s what MSNBC’s Ari Melber did back in January when he assembled Carter Page, Jerome Corsi, Sam Nunberg, and Michael Caputo for one big, bizarre panel that lasted a rollicking 30 minutes as the group gave an inside look into the Mueller probe.

Trump lawyer Rudy Giuliani and CNN’s Chris Cuomo clearly enjoy sparring. This year alone they’ve gotten in a couple of intense arguments, but their almost-30-minute-long clash in April might have been the wildest, coming in the wake of the Mueller report.

4. Joe Scarborough is mad as hell at Robert Mueller and he’s not going to take it anymore

It’s no secret that liberals and some pundits were annoyed with Robert Mueller for not going further in his report. Whether or not his testimony fundamentally changes anything, well, we’ll see, but just a few weeks ago MSNBC’s Joe Scarborough made it clear he was pissed the hell off at “the high and mighty” Mueller for appearing to be “above testifying.” Scarborough said he has a picture of Mueller in his house, but said, “This is absurd!”

Dobbs, unquestionably one of the president’s biggest cable news defenders, has equal contempt for the radical Dimms and the treacherous RINOs getting in the way of the president’s agenda. A few months ago, as some Republicans voiced opposition to Trump’s tariffs, Dobbs unleashed on GOP “TRAITORS” and declared, “The Republican Party in the Senate appears, to me, to be on the verge of committing absolute suicide. The tragedy is they may well take this great Republic down with them.”

Not technically a cable news clip, but it’s still one of the more contentious and buzzed-about interviews of the year so far. Ben Shapiro walked out of an interview with BBC host Andrew Neil after getting questions about his past statements and positions. Shapiro subsequently apologized for mislabeling Neil’s politics and admitted he didn’t fare well.

One interesting bit of media news you may have missed this year amid, well, everything else, involved Fox Business anchor Trish Regan and Chinese state TV. Yes, really. As Regan said on air, “The Chinese are launching a full-scale, information war against the United States of America and their newest target, me! Yeah, me! Because I have dared to say we should engage in economic warfare with the financial tools that we have.” The pro-Trump host eventually had Chinese television anchor Liu Xin on air to sort out the feud.

Fox News’ Jeanine Pirro is known for her fiery, vaguely unhinged monologues, but only one this year was so over-the-top and over the line that Fox News had to issue a statement “strongly condemn[ing] it.” We’re referring, of course, to Pirro’s harrangue bringing up Congresswoman Ilhan Omar‘s hijab and asking, “Is her adherence to this Islamic doctrine indicative of her adherence to sharia law which in itself is antithetical to the United States Constitution?” Pirro was suspended for two weeks after the monologue, but returned to air after some complaints from her biggest fan, President Trump.

9. “You’re great patriots, you love our country, and you know what’s happening.”

If we went through every Trump cable news interview, again, this list would never end. But the above exchange perhaps best represents the relationship between POTUS and Fox News. After a lengthy whirlwind interview with Sean Hannity, the host keeps him on the line for a bit as he tosses to Laura Ingraham and gives the president some time to wish her happy birthday. Trump did, and he went on to praise both hosts as “great patriots.” Hannity and Ingraham appeared to try and get Trump off the air, but the president didn’t take the hint. Ingraham got in a question for the president and Hannity may have given a cut signal…

HONORABLE MENTION: The View on any given day

Again, not technically cable news, but media junkies and daytime TV viewers have no doubt noticed that the political fighting on The View has gone up a couple of notches this year. The frequent clashes between Meghan McCain and co-hosts like Joy Behar have gotten remarkably fiery and it’s hard to pick what would be the most intense.