Trump Invokes Dead Soldiers as He Doubles Down on Syria Decision: ‘That’s the Way They Want It’

Trump Invokes Dead Soldiers as He Doubles Down on Syria Decision: ‘That’s the Way They Want It’ 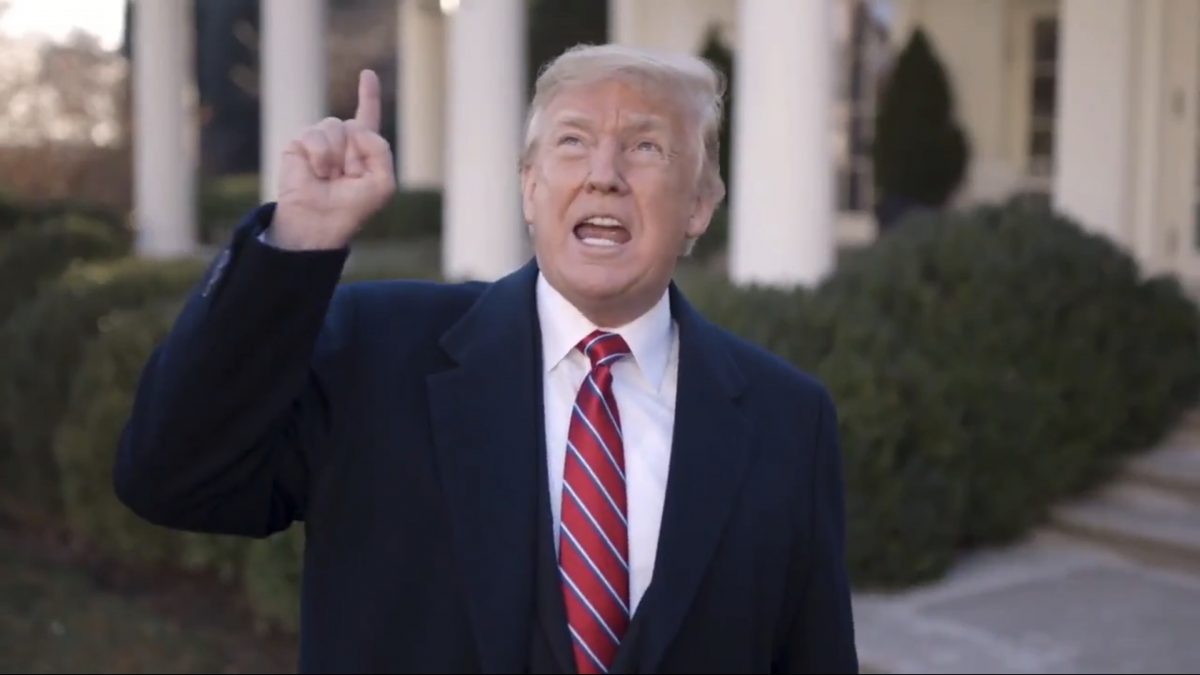 President Donald Trump doubled down on his decision to pull troops from Syria with a Twitter video declaring “it’s time to bring our great young people home!”

Trump starts the video filmed at the South Lawn of the White House by saying in the past two years since he has been president, we have really “stepped things up” and “we have won against ISIS.”

The president also said that it saddens him when he has to write letters to family members of those killed in Syria.

Then, speaking of the fallen soldiers, he declared, “They are up there looking down on us and there is nobody happier or more proud of their families to put them in a position where they have done such good for so many people.”

Finally, after declaring victory one last time, Trump said that’s the way we want it and pointing to the heavens, “that’s the way THEY want it.”

Earlier today, Trump delivered his decision in a tweet that he was withdrawing troops.

We have defeated ISIS in Syria, my only reason for being there during the Trump Presidency.

The move blindsided Capital Hill and the Pentagon, including ally Sen. Lindsey Graham calling it an “Obama-like” move.