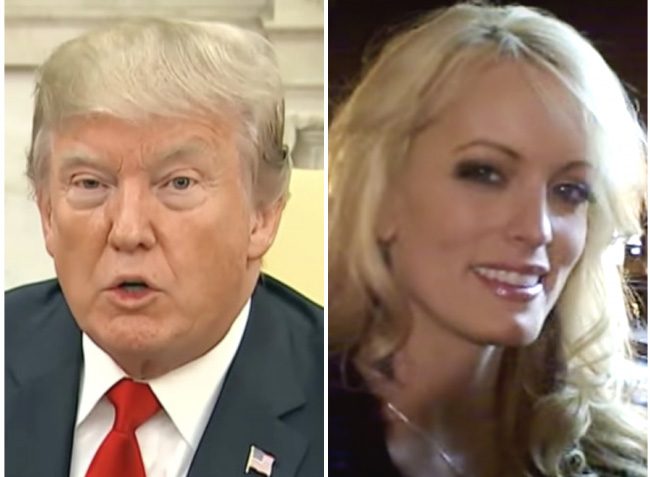 In Touch Magazine finally dropped its 2011 interview with Stormy Daniels today, and a new report says they held it in the first place because of a lawsuit threat.

Daniels dished in the interview a number of topics from sex with Trump to, um, sharks.

But per the AP, Trump attorney Michael Cohen threatened a lawsuit at the time:

A tabloid magazine held back from publishing an adult film star’s 2011 account of an alleged affair with Donald Trump after the future president’s personal lawyer threatened to sue, four former employees of the tabloid’s publisher told The Associated Press.

In Touch magazine published its 5,000-word interview with the pornographic actor Stormy Daniels on Friday — more than six years after Trump’s long-time attorney, Michael Cohen, sent an email to In Touch’s general counsel saying Trump would aggressively pursue legal action if the story was printed, according to emails described to the AP by the former employees.

Cohen has denied the affair took place, following the reports of hush money she received.

A spokesperson for In Touch told the AP that “it only learned of its earlier interview after the Journal’s report last week,” while two of those former employees said that “it wasn’t immediately clear why the magazine didn’t publish its interview during the 2016 presidential campaign despite reminders from former employees that the transcript was still available in the company’s networks.”