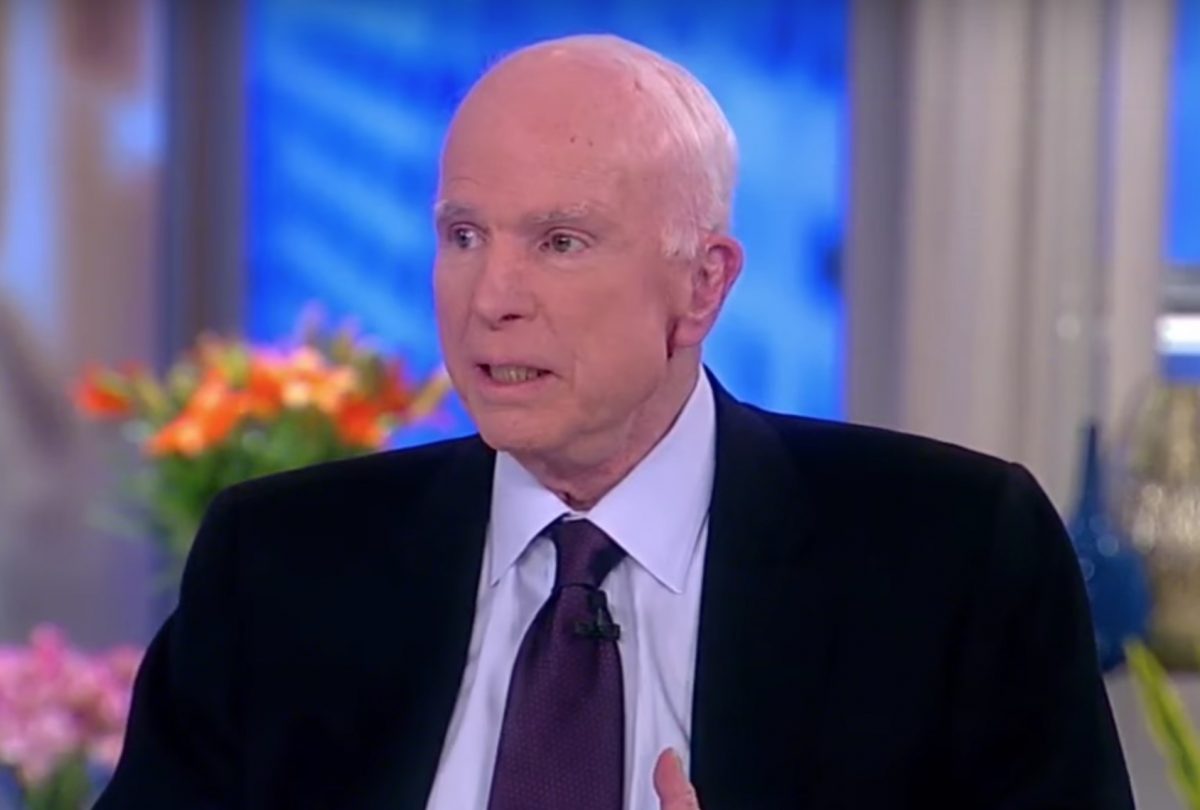 Senator John McCain (R-AZ) tore into President Donald Trump in a statement on the commander-in-chief’s call with Russian President Vladimir Putin congratulating him for his recent electoral victory.

The Kremlin said on Tuesday that Trump called his Russian counterpart to congratulate him on his commanding victory in Russia’s presidential election.

Trump confirmed the call in comments to reporters in the Oval Office, saying that he congratulated Putin “on the victory,” adding that he would seek to meet up with the Russian leader in the future.

“An American president does not lead the Free World by congratulating dictators on winning sham elections,” McCain wrote in a statement. “And by doing so with Vladimir Putin, President Trump insulted every Russian citizen who was denied the right to vote in a free and fair election to determine their country’s future, including the countless Russian patriots who have risked so much to protest and resist Putin’s regime.”

This isn’t the first time McCain has taken the gloves off to condemn Trump’s coziness with his Russian counterpart, but it’s certainly one of his most piercing critiques of the Republican president.